Reggae legend Lucky Dube's backing band, One People, has recorded an album some six years after the singer was killed by hijackers, explaining that they were just too distraught to do it earlier. 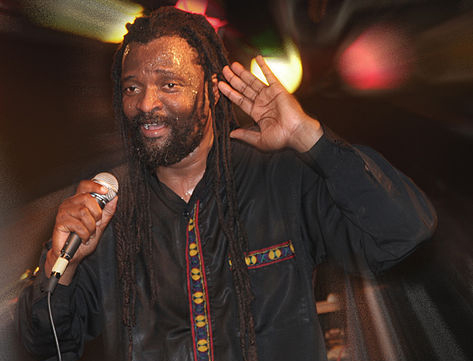 The 10-member group of musicians accompanied Dube for some twenty years, before he was fatally gunned down in Rosettenville, Johannesburg, in October 2007.

The Our People musicians struggled to deal with the grief of losing their friend and band member so tragically, but eventually managed to finish their album, aptly titled ‘Free At Last’.

“The past six years have been painful for us,” band leader Thuthukani Cele bravely admitted to SunBuzz.

“We would convene at the studio and the moment we set about rehearsing, tears would stream down our cheeks.

“We were not over his death. The scars and pain were still fresh. Finally, we plucked up enough courage and asked Jah to give us strength to get through the pain. Then we released this album.”

Elaborating on their new collection of songs, Cele also said: “In the song ‘One People’, we say that we may be of different cultures and colours, but we are one people.

“In ‘Spirit Of Reggae’, we note that Lucky Dube may be gone, but his spirit still lives on.”