Fans are convinced they were witnessing an authentic proposal or even a wedding ceremony in A$Ap Rocky's new video starring Rihanna. 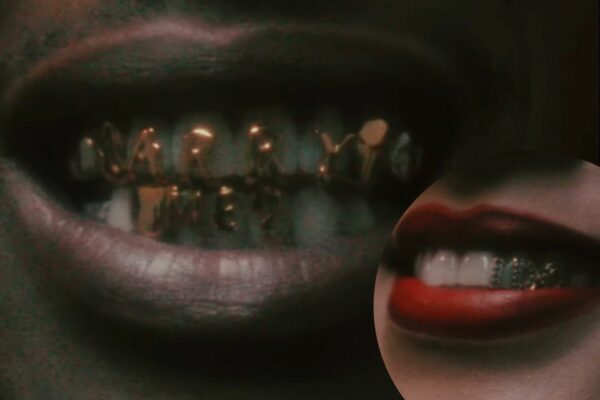 Screenshots of A$ap Rocky and Rihanna's "marry me" and "I do" grills | Picture: Screenshot/ YouTube

Fans of musician turned businesswoman Rihanna have been left wondering if she is engaged after a scene in a recently released music video for her partner A$ap Rocky.

The video is for the track “D.M.B.” which the pair have been filming visuals for since last July according to Complex.

At one point in the video, Rocky can be seen flashing “Marry me?” as he smiles to flash his grill.

Rihanna responds with “I do” on her own grills.

The fact that the video was written, directed, and executively produced by Rocky himself further convinced fans that they were witnessing an authentic proposal or even a wedding ceremony true to the nature of the two artists.

According to press material shared with the publication, in the video, the couple depicts the “true ride-or-die characters in a devoted relationship despite their circumstances.”

Are A$ap Rocky and Rihanna married?

According to TMZ, a source said the visual was simply for fun, and the two are not, in fact, engaged.

After months of speculation, the couple confirmed their relationship in 2020.

The announcement followed Rihanna’s confirmation of her split from Saudi billionaire Hassan Jameel.

Earlier this year, Rihanna shocked the world with a Paparazzi style pregnancy announcement.

“Having a baby is something she was never focused on, but being with Rocky opened her up to the idea,” an insider told People magazine shortly after the announcement.

“She couldn’t be happier and is so excited to be a mom. She’s loving all the changes to her body during pregnancy and has always celebrated pregnant women in her runway shows for Fenty.”

Rihanna recently took Rocky to her home, the island nation of Barbados where the pair spent some downtime experiencing island life and lounging at the beach.