‘You were singing for your MC gig’ – EFF tells Penny Lebyane

Penny Lebyane has rubbished claims that she defended the ANC's R22 million flag project for a gig. 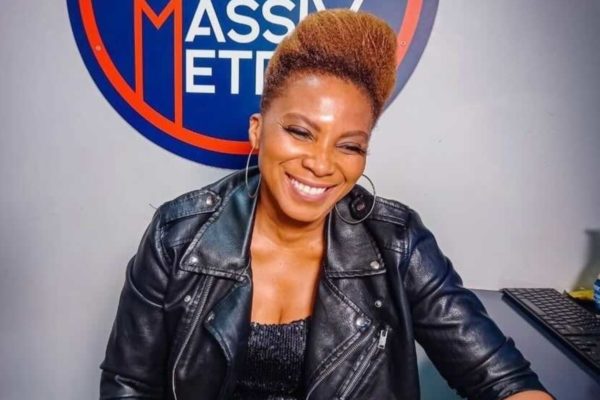 Media personality and mental health activist Penny Lebyane has been under fire since engaging in twars with other public figures in attempts to defend the ANC’s R22 million flag project.

The Economic Freedom Fighters (EFF) took to social media to share a document which detailed the programme and order of proceedings for the Silapha Wellness Intervention Programme event which is set to take place on Friday and Saturday in Freedom Park, Pretoria.

In the caption of his post, the EFF Ward 60 in Johannesburg pointed out that Penny Lebyane is the MC for the event, alluding that this might be the reason why she took to social media a few days earlier to defend the ANC for their South African National Monumental Flag Project.

“Hawu kanti @PennyLebyane you were singing for your MC gig… Was the flag going to get unveiled at this event @GautengProvince,” said the tweet.

This comes after the media personality received backlash from many public figures such as Bonang Matheba and Robert Marawa, for saying that the real issue which the sports, arts, and culture industries have is with Nathi Mthethwa himself, and that there is nothing wrong with the government going ahead with the erection of the R22 million flag.

Speaking to TimesLIVE, Penny denied the allegations, and said she has been an ambassador for the Silapha Wellness Programme since inception, and that her Twitter comments about the ANC and their flag project have nothing to do with the event.

“I’ve been an ambassador for Silapha from inception as an advocate on mental health, lifestyle management and legal matters. It’s unfortunate that people like the EFF are only coming to the knowledge of that now.

“The Silapha outreach has been to Mpumalanga, Limpopo and Free State. l have been speaking on mental health in the entertainment [industry] for over 15 years, giving context even to why suicide is not the solution,” said Lebyane.