will.i.am almost died after he drowned in a swimming pool because he failed to listen to his mother Debra's advice and not jump into the water. 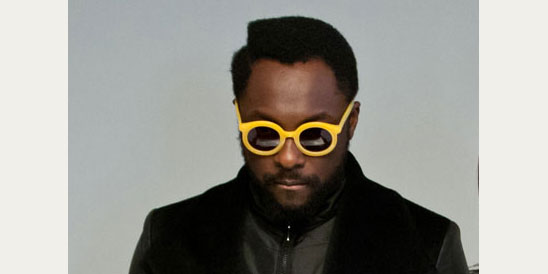 will.i.am almost died after he drowned in a swimming pool.

The 38-year-old star nearly lost his life after her failed to listen to his mother Debra’s advice when he was a youngster and he decided to go for a dip in the pool, despite not being able to swim, which led to him being sucked under water.

Speaking to the Daily Mirror newspaper, he said: ”I was like, ‘Ma, can I go swimming?’ She was like ‘no, boy, you ain’t going in no swimming pool’.

”So my mom said no but I did the opposite. I’ve never been in a swimming pool and so I don’t know the difference between 3ft and 9ft – I’m thinking that everything is at the height that I’m at.

”So I’m walking and I start sinking and then I drown. I’m under water for about three or four minutes.”

However, fortunately for the Black Eyed Peas singer, a quick-thinking pal was on-hand to give him mouth-to-mouth resuscitation before rushing him off to hospital.

He explained: ”They gave me mouth to mouth and then I’m, like, dead. And then I come back.”

”They took me to hospital and I’m in there for about a week or something. I almost lost my life.”

”And just the reminder of, like, don’t do things that you know you shouldn’t be doing.

”I shouldn’t have been swimming because I never knew how to swim.”