The marriage of renowned 'Lion King' composer Lebohang Morake and his wife Angela is on very rocky ground, with the couple reportedly officially separated. 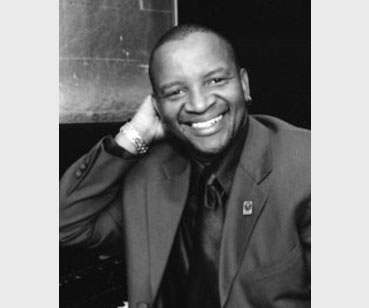 The City Press claims to have confirmation of the separation from Angela Morake herself, who said: “I can confirm that we have separated and that’s how far I can comment as I have two minor kids to protect. They are at school and I don’t want them reading about this in the papers.”

Angela and Lebohang, better known as Lebo M, tied the knot during a glamorous wedding ceremony in 2008, following the renowned composer’s messy divorce from his previous wife, Nandi.

An unnamed relative of Angela’s attributes the separation to Lebo’s alleged attempt to reunite with Nandi. Apparently a bitter fight ensued which ultimately ended with Lebo M kicking his wife out of their Johannesburg home some three weeks ago.

“Lebo M has been speaking to one of my relatives in a bid to resolve this matter,” the family member is quoted as saying. “I hope they resolve this for the sake of the kids. But if it is true that Nandi is in the picture, it might be difficult.

“Angela heard he was trying to reconcile with Nandi and that’s what triggered the fight. After all they have gone through, this is how he thanks our girl. She must just move on with her life and forget about his money.”

The 49-year-old Lebo M is most famous for arranging the music for popular Disney film ‘The Lion King’. He is also the one singing the now famous intro chant on ‘The Circle of Life’, with which the film opens.