It's been a while since we heard from the Bala Brothers. But the trio – made up of Zwai, Loyiso and Phelo Bala – are making a comeback. 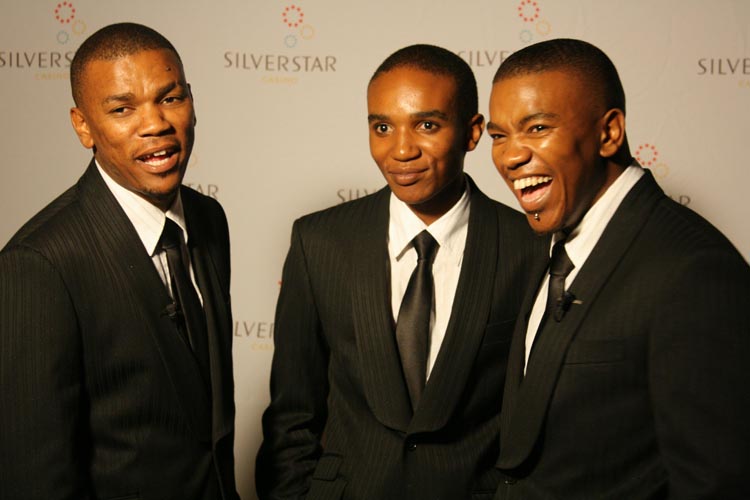 The group, famous for their mixture of classical opera and Afropop music, will perform a two-night concert at the Lyric Theatre for a special feature on American channel Public Broadcasting Service. The Bala Brothers will be the first South African act to feature on the music special, which has featured the likes of Andrea Bocelli, Josh Groban and Chris Botti.

“We’ve been in talks with the producers of the show for about three years now,” says Zwai Bala. “We are thrilled it is finally happening. Now we are focused on making sure we give our best performance.”

The group hopes to use the international platform to show the world why they have been such a huge success in South Africa.

“We’re going to be doing what we’ve always been doing, but we are going to make it so much better. Our biggest advantage is the fact that we have three very different approaches to music, which also happen to work very well together.” All three honed their singing talents at the prestigious Drakensberg Boys Choir before pursuing individual careers in music. Zwai, who is the eldest, rose to fame as a member of the kwaito group TKZee in 1997. After a long and fruitful career on stage, he decided to do more behind-the-scenes work as a musical director, composer, songwriter and music teacher. His younger brother, Loyiso, wasn’t too far behind him on the road to stardom. He decided to take the R&B route. Loyiso has gone on to win a number of awards for his work. At just 20 years old, Phelo – or “Phelo B” as he is known – released his first album showing off his musical abilities.

But it’s their work as a group they believe will leave the most lasting legacy.

“No matter what happens with our solo careers, we will always have the Bala Brothers. I don’t see myself trying to revive a solo kwaito career anytime soon,” Zwai says with a laugh. On working with his brothers, Zwai says there is no drama.

“We’re very different, and each of us knows our place in the group, so there is no jealousy or fighting. We treat our music like a business and we want it to succeed.”

As with most siblings, there is also lot of laughter.

Zwai says: “I once had my fly down for an entire show – my brothers couldn’t tell me while we were on stage, but the minute we got off stage they just couldn’t stop laughing.”

> The group’s debut album is titled B3

> The Bala Brothers will perform a two-night concert special at the Lyric Theatre in Gold Reef City on October 24 and 25.

> Tickets are between R250 and R350 and are available at Computicket.