DJs Fresh and Euphonik: the captains of cool

DJs Fresh and Euphonik have become a hugely popular combined act in the music scene over the past five years. 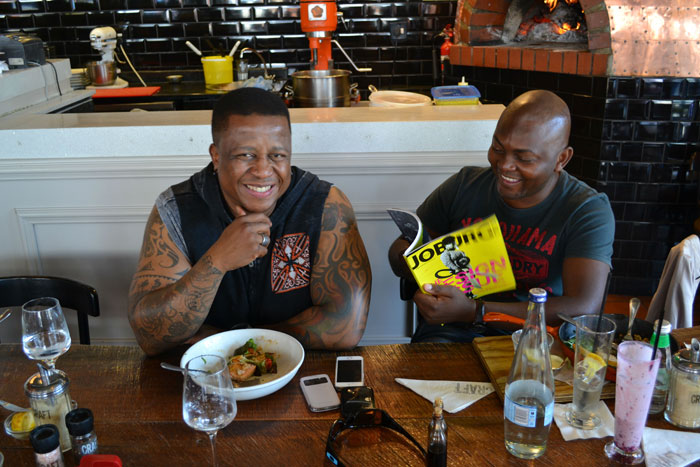 We sat down with them at the trendy Parkhurst-based Craft Restaurant to talk about their music inspiration, future plans, and why their fans should join them aboard Oh Ship – the ultimate party cruise in South Africa.

“We’re all about a certain organic chemistry when it comes to our music,” begins DJ Fresh. “We have learnt over the years what we like and what works best and our music synergy means that Euphonik and I have grown well together as DJs over the years.”

The two, who started playing together in 2006, officially launched their dual brand, F.eU, in 2009. “Do you know the exact date when we became official, babe?” Fresh jokes with Euphonik – his signature booming laugh filling the restaurant. 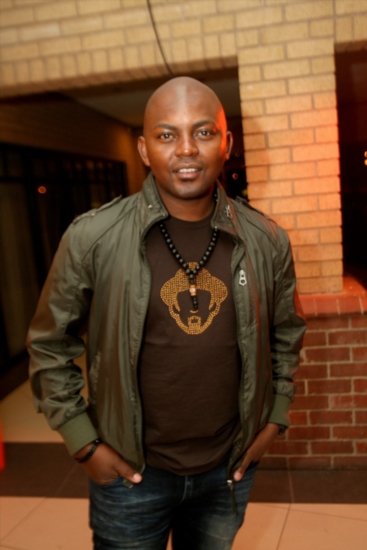 As we chat, Fresh sips on Craft’s popular detox juice before moving to still water “I have a long month of partying coming up,” he explains, “So I need to prepare my body for it.”

When asked when they find time to balance their radio jobs, brand endorsements, and family lives with their nightly gigs, Fresh admits he doesn’t sleep much. “It’s a norm for me now with my very early radio slot. Quite recently I had to go 36 hours without sleep. Well, I had a few short power naps in between, but really not enough.” Over the years, though, the two have learnt an important lesson: they need to be there for the party; not be the party.

“We’re a bit more selective now,” Euphonik says, “Not just for some more downtime but also to keep up the appeal of attending one of our gigs – we don’t want to be overexposed. No one likes those guys.”

The rise of house music

On average, Fresh and Euphonik’s ‘normal’ schedule involves three to four gigs a week but this can double, sometimes treble, during the busier seasons. “Each set lasts about an hour but we take our cue from the crowd … and sometimes from an irritated resident DJ keen to take back their spot!” laughs Fresh. 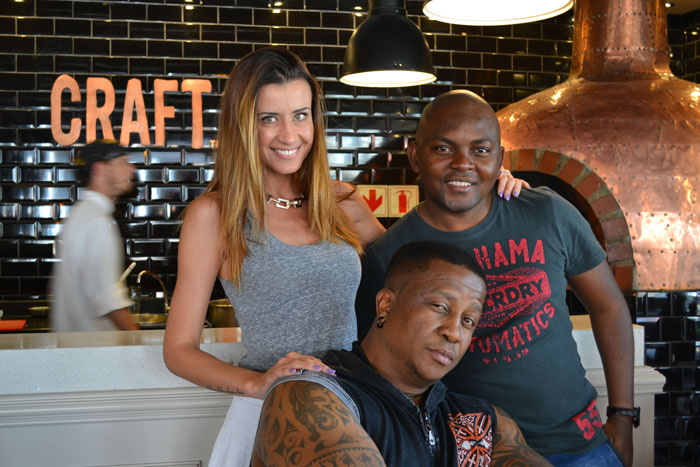 According to the pair, local house music has changed dramatically over the past decade. “There used to be a strong international focus but now, more and more local tracks are being produced, and becoming popular, which is great,” says Euphonik. “There has been a big transformation as the youth in township areas have started to put their local flavour on house music.”

“It’s great that so many kids are interested in following a musical path. I look back and remember that my parents wanted me to become a lawyer,” says Fresh while Euphonik’s parents wanted him to become an accountant. “It’s not an easy ride,” Fresh reveals. “Few parents like hearing that their child wants to pursue a career DJing. When I told my parents about my plans, there were no role models to point out to convince them to support my aspirations.”

Their advice to any aspiring musicians/DJs/performers is this: be your own catalyst; make sure you have your own drive. “Don’t rely on others to secure you a spot in the limelight, it really comes down to you making things happen for yourself,” adds Fresh.

“When it comes to our gigs, our pet hate is being asked to regurgitate the same old song, over and over again. You hear it on the radio, you have it on your iPod, you listen to it on TV, and then you come out to a club and request it again? What is up with that? We want you to trust us; let us introduce you to new songs, blow you away,” says Fresh.

In terms of potential plans for collaborations, Fresh says, “For me, it’s about pushing the global boundaries now. Sure, we can meet up with local SA artists and put tracks together, but with the modern age of technology and social media, I’d prefer to work with regional and international artists instead. It also means getting exposure to a new fan base – and doing the same in return for the artist we collaborate with.”

Their dream artists to team up with? For Fresh it’s Calvin Harris. “He’s so versatile, and puts together his tracks quietly in the background without needing any big hype. Plus, he drives a McLaren. That’s my kind of DJ!” Euphonik’s response is Swedish House Mafia. “If they ever got back together, that is. I watched them live once and I was a changed man.” 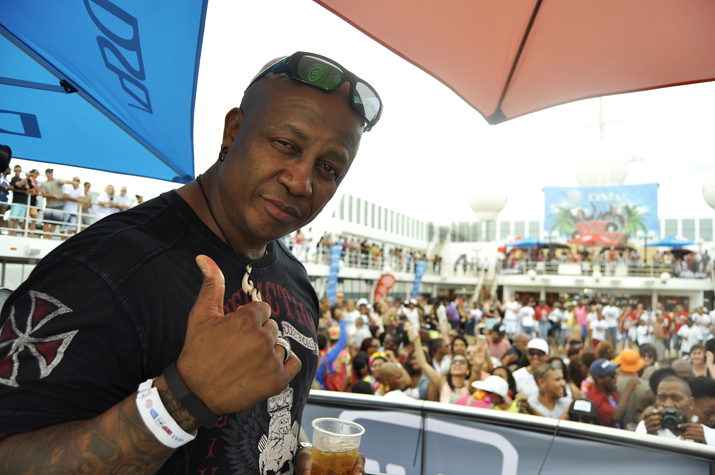 So, what role does social media play in the duo’s lives? “It’s really everything,” says Fresh, “As long as you’re using it in an authentic way. My voice is my voice, I do all of my own tweets for that reason.”

“I use it a lot and enjoy it,” adds Euphonik, “But there are times when it’s a challenge. It can consume who you are. So many people have preconceived ideas that I am this person and they know me on a public platform so they think they know me personally too. I sometimes have people swearing at me online for not replying to them. They forget that in their twitter world, they’re standing in an empty room talking to me whereas in my world, my room is packed full of people.”

All aboard for Oh Ship!

Now in its third year, Oh Ship is a popular event on the entertainment calendar. “We were approached a few years back to partner up and host a three-day party on a cruise liner – and Oh Ship was born,” says Fresh. “It’s such an awesome few days. You can let your hair loose in an environment where everything is catered for – there are movies, comedy shows, music entertainment, etc. with two different entertainment venues on board catering for around 2000 people,” adds Euphonik. One big party boat, for anyone over the age of 18.

This year, Oh Ship – The Island Invasion takes place from Friday 28th November to Monday 1st December with Captains Fresh and Euphonik. Get your passport ready, book your place on board, and kick off your December holiday with 72 hours of non-stop music with an all-star line-up of great entertainment.

For more deatils or to book your tickets visit www.ohship.co.za