Makhadzi asks King Monada to swallow his pride and credit her work for studio session. 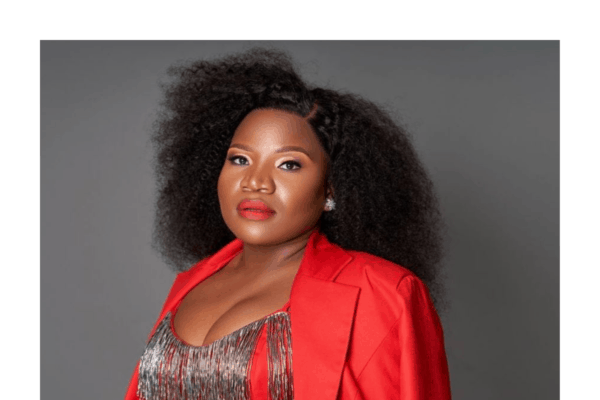 There is a feud between Makhadzi and King Monada over the ownership. Picture: Instagram

It’s only been two days since singer Makhadzi posted a video teaser of herself and King Monada singing and dancing along to Ghanama but already issues there are about ownership of the song.

The singer took to her Facebook live to say Ghanama is her song and if King Monada wanted to release it he must exclude her verse and Prince Benza’s beats in the song as she approached him to work on the track.

She also said in a Facebook post that the song was her concept and her melodies were used.

Makhadzi also said King Monada must release the song they worked on together called Impossible and not allow greed to be the reason for their feud.

The Hakamatorokisi hit maker proceeded to throw shade and said the Malwedhe idibala hit maker must swallow his pride and credit her for her efforts. 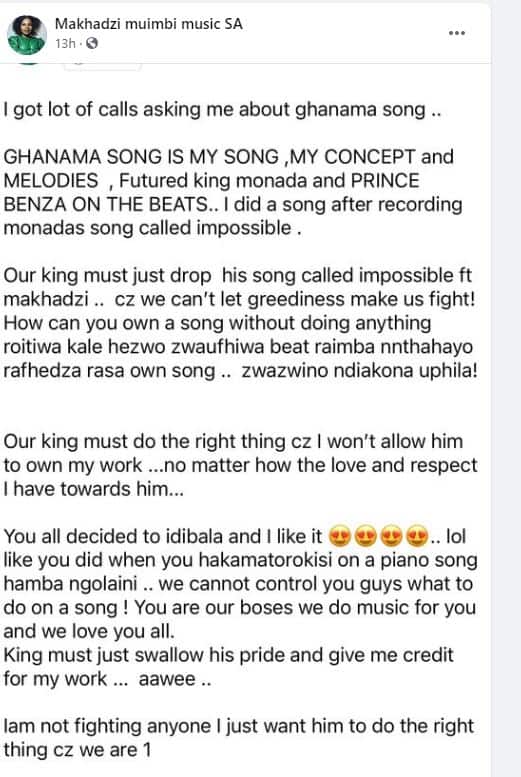 Twitter users were disappointed at the artists feuding over the unreleased song.

King Monada and Makhadzi can’t fight about that song maan it’s too early, why can’t they find each other and give us good music, those lives aren’t good.

This tweep was unhappy the two were quarrelling, especially because they are from the same province.

Makhadzi and King Monada know how Limpopo artists are treated in the industry but they still fight? Instead of being there for each other … I’m not okay ???????????? pic.twitter.com/pXwMolaio9

The Moya Uri Yes singer didn’t let the noise get to her, though, as it is her birthday today. She was happy her supporters were appreciating Ghanama and even created a challenge for the unreleased song. 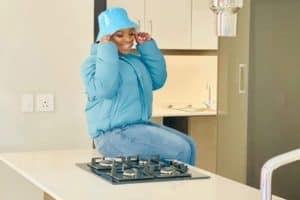 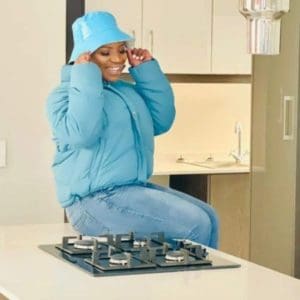