Politicians, musicians and members of the arts industry paid tribute to Legendary jazz musician Tsepo Tshola through renditions of his songs. 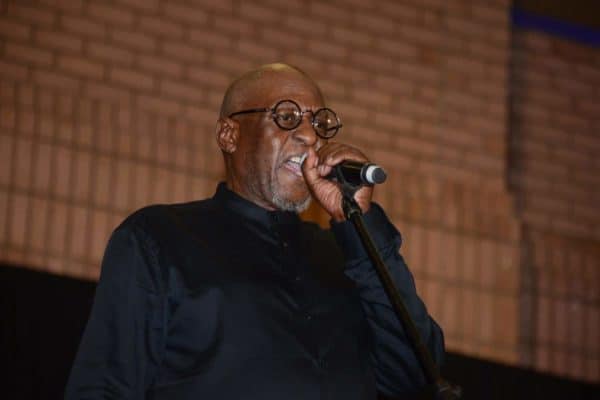 Tsepo Tshola dancing and singing during the memorial service of the late Hugh Masekela at the University of Johannesburg, Soweto Campus on January 28, 2018. Picture: Gallo Images/Frennie Shivambu

Family and friends of the legendary jazz musician, Tsepo Tshola, paid their last respects at his memorial service at the Joburg Theatre on Thursday.

Tshola, who would have turned 68 on August 18, died due to Covid-related complications at Berea Hospital in Lesotho.

Politicians, musicians and other members of the arts industry also paid tributes to the late songwriter through various renditions of his songs.

Arts and Culture Minister Nathi Mthethwa said he was deeply saddened by the passing of Tshola, saying the world had lost an invaluable contribution to the arts and heritage landscape, as well as the society.

“Now Tsepo Tshola, Pat Shange and Steve Kekana, this is happening against a backdrop of a difficult patch the creatives are going through because of the Covid-19 pandemic.”

Mthethwa said losing great musical talents was not easy and bidding farewell to all these great talents was even harder, because they left at a time when the country needed their contributions in efforts of building the nation and social cohesion

Yvonne Chaka Chaka said Lesotho was not the only nation that lost an icon, and that the whole world had lost a legend.

“Tsepo and Sipho are my brothers. I call them my darlings because they make me sane in this industry of dog eats another dog,” she said.

“When I recorded Yvonne and Friends he was there with me…he was there to guide, shape and help me.”

Family representative Mike Xaba described him as a wordsmith and musical genius with a strong demeanour, aura and presence.

“His spirit and memory lives on as we shall immortalise him. To you his fans who organised this fitting occasion, thank you ever so much.”