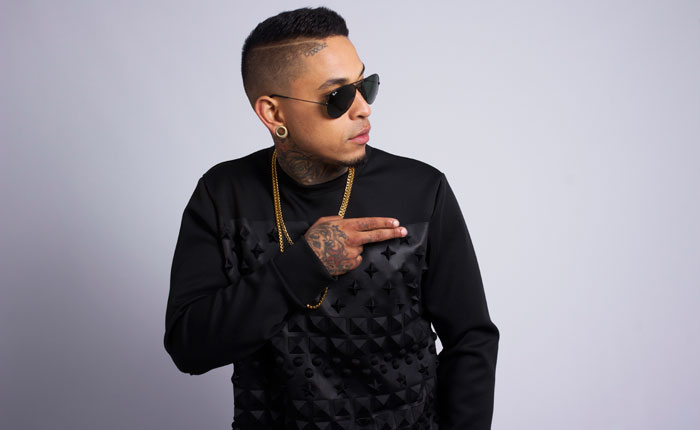 It’s the ability to connect with your audience and hold their attention for the duration of your performance. While ASH, South Africa’s very first R&B act, possesses adept vocal capabilities, he also delights his audience with beguiling dance moves and his obvious good looks.

Having recently signed a lucrative deal with Warner Music South Africa, ASH’s rise to fame has been surprisingly swift – and promising. A mere two days after the launch of his debut single Temporary Lover, the talented musician landed himself the opening slot for international singer, rapper and producer Trey Songz.

“Things have happened faster than expected,” he says. “Opening for Trey Songz was an honour and a huge stepping stone for me.” Asked if he had the opportunity to the meet the legend himself, ASH confirms: “We met, took a picture and spoke about how to make music for the ladies.”

Judging from the title of his single, it appears ASH is well-versed in the topic, tugging at the heartstrings of fans with his soothing vocals and sensitive lyrics. His soon-to-be released album focuses largely on romantic love and hardships around women.

He explains: “I wrote the album at a time in my life when I was going through a lot of heartbreak” – hence his affinity for R&B. Though primarily a dancer, ASH’s shift into the music business has been a long time coming. 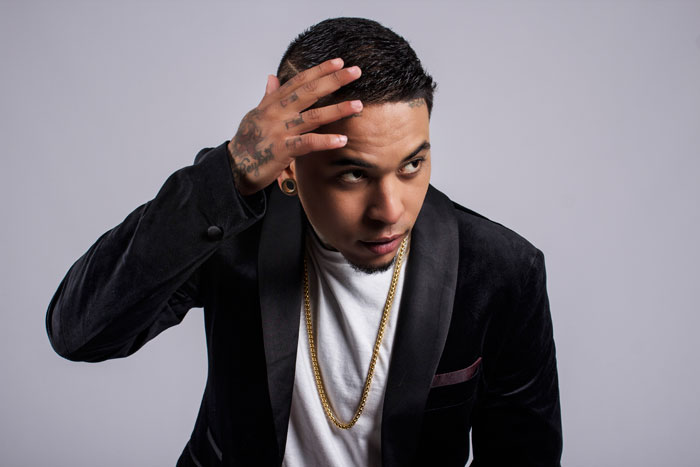 “Music has always been a big part of my life, whether it be singing or dancing. My grandfather was a major jazz fan and introduced me to the joys of music. As a youngster I sang in the church choir – but it wasn’t until about four years ago that I started working on songs of my own,” he says.

He worked together with DJ Switch on the well-known hip-hop track Dirty Dancer, but admits having to change his sound, rapping instead, to meet industry demand and make a name for himself.

He also travelled together with a number of Showtime Management productions, including Michael Jackson HIStory and The Whitney Houston Show as a dancer and back-up vocalist. These stints, however invaluable, were mere stepping stones to a bigger, brighter future for the 25-year-old dream seeker.

“I want to be the biggest R&B artist in South Africa and hopefully do some collaboration overseas,” he says. “I’ve always wanted to be a superstar. I’m a go-getter. I don’t worry about what people say about me. I believe in myself and am constantly preparing myself for what’s to come.” An all-round performer, ASH projects that when he steps on stage.

Born and bred in Newlands East, KwaZulu-Natal, ASH grew up in a rough neighbourhood, where the possibility of life beyond the suburb’s walls seemed impossible. He dropped out of school in

Grade 10 and went on to do hard labour on a farm before moving to Johannesburg. Proudly South African, his aspirations extend far beyond the country’s border or even seas.