Tim Hendricks is a musical maestro

Upon listening to Tim Hendricks's new single with Ross Learmonth and Christina Rodo, titled Here With Me, you'd never guess the musician's biggest influence would be Michael Jacks on.

The South African pop-rock singer-songwriter grew up listening to the “King of Pop”. He admits: “My first attempt at entertaining was dancing to all of MJ’s routines at family gatherings.”

Fast-forward several years and the rise of MTV and Hendricks was introduced to Eric Clapton. His jaw dropped. “I decided I was going to do that,” he says. “I got all the songbooks we had in the house and played them on repeat, singing along and memorising the lyrics.”

Being an avid music fun, Hendricks went on to work at Musikland in Port Elizabeth, with limited knowledge of the industry. Learning who’s who, his passion for music continued to grow. He explains: “Everybody in my family has a traditional career, so I wasn’t encouraged. I remember begging my mom to send me for guitar lessons and she wouldn’t. I think she couldn’t because she was paying for my sister’s piano and vocal lessons, so I would grab her notes and learn what I could.

“I taught myself how to play and when I realised how easily it came to me, I made significant strides in wanting to be one of the best musicians around.” These days, Hendricks is proficient in guitar, piano, organ, bass guitar, harmonica and drums. He “modestly” dabbles in violin, banjo, ukulele and upright bass. 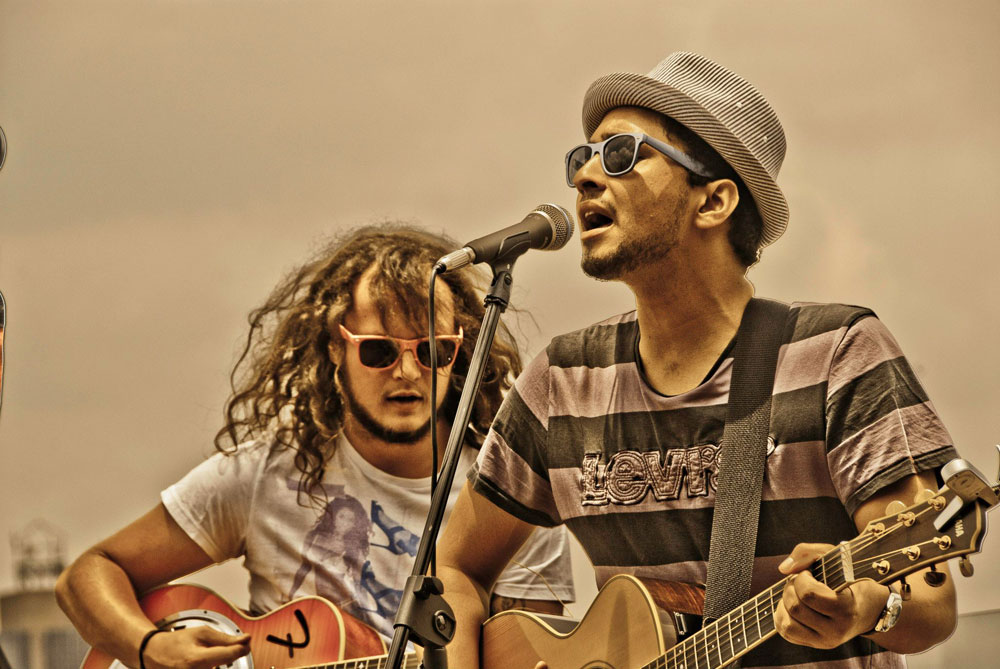 Tim Hendricks is inspired by the ‘King of Pop’. Picture: Supplied

He travels between Johannesburg and Los Angeles and has been active on both fronts. Attributing his deserved success to luck and being in the right place at the right time, Hendricks got a song placement for Comedy Central on the TV show Nathan for You in the US and has never looked back.

“I’m always trying to push the boundaries of what I’m capable of,” he says. His music is a blend of various genres. It’s confrontational, eclectic and layered.

“I wouldn’t say it’s like my personal diary, but it’s not far off,” he says. Asked what he loves most about music, he says: “The feeling I get when listening to or making it. It’s electric.

“I’m a perfectionist at heart, so music is the only thing in my life I can completely trust with all my efforts.

“In a world that’s so fast-paced and instant, I cherish the idea of actually learning to do something organic, like making musicHendricks hopes his music will help people get through their everyday struggles.

“My aim is to move the listener in some way or another, even if it’s not the desired effect,” he says.

“I would love people to dance, smile, laugh, cry and bring these songs into their personal space.”