In one way or another, politics are a part of South African society at a personal level, very much like the song or album we play in the car on the way to work. KWAAI. As part of TKzee, Kabelo Mabalane was instrumental in the rise of kwaito.

Electioneering and the parties are the focus ahead of next year’s election and little is mentioned about the 20 years of democracy that 2014 will ring in.

Politics and the arts are intrinsically intertwined, as both speak to the needs and mood of the nation. Although celebratory plans for the 20 years of democracy are yet to be confirmed, it is certain that the arts will be used to signify the country’s political triumphs.

An initiative driven by music fundi and former arts editor Bongani Mahlangu will focus specifically on the musical arts with a year-long programme commemorating the great South African songbook featuring works produced and released since 1994. De Beat20 (Twenty Years Of Democratic Beats) is framed around the sounds that saw in the first two decades of a democratic country.

Mahlangu says: “There has been a soundtrack to our lives through many genres that spoke to the social and political environment that we were living in. Kwaito was pivotal in the early stages of this period, and so-called Afro-jazz was buzzing in the late 90s to early 2000s …

What is likely to happen next year is that musicians will be used merely to perform at events and that will be it, but this initiative seeks to suggest a legacy that will showcase our musicians on a grander and longer-lasting scale.”

The idea is to get the public to vote for the top 200 songs that have been released since the dawn of democracy in South Africa.

Public participation in the initiative reflects a democratic SA, Mahlangu says. The number 200 is chosen as a symbolic number in anticipation of 200 years of a prosperous, peaceful, free and democratic South Africa.”

Mahlangu has lobbied industry players to craft a nominees list of between 600 and 800 songs which the public will vote on to determine the top 200 songs. That list will be published in a book with information on the songs, how they performed in the market and include essays on the trends and genres that were pertinent in this period. An exhibition will also be curated showcasing some of the artists that have entertained South Africa over the years. “We will also have two concerts. The first will feature a big band playing some of these songs with the artists who made them, if they are still alive. The second will feature songs paying tribute to musicians who are no longer with us. This will be followed by a documentary film project on South African music and a gala awards ceremony where various people from the industry will be recognised for their contributions.”

It would be interesting to reflect on the musical landscape over this time period, specifically because it marked an artistic shift from works that were not necessarily concerned with being protest art. But for Mahlangu, comparing a pre-democratic South Africa to a post-liberation one is an arduous task. 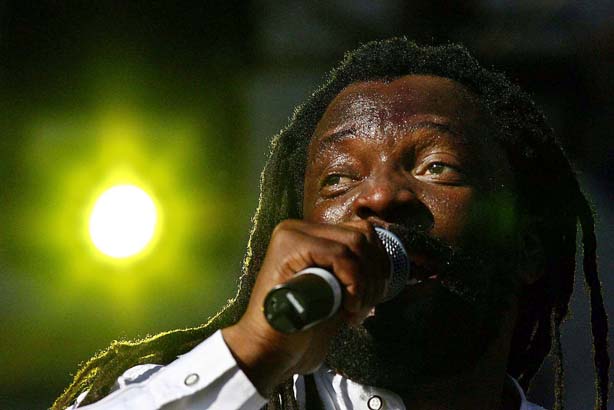 “These two periods are incomparable because the art produced before 1994 was emotionally charged,” he says. “Post 1994, emotion had somewhat levelled, but not diminished. There were some great songs produced by the likes of Just Jinger, who were doing interesting things at the time. We had the Springbok Nude Girls, who captured the imagination, and I remember Louise Carver as a 17-year-old after she released the single It Don’t Matter, back in 1996.

“Kwaito was the sound of a new generation. Trompies were the best at the time, and Boom Shaka was hot and so was TKzee. Many people were shocked when Lucky Dube released Taxman because they could not believe that a black man would sing out against a black government. So the history of this songbook is very rich.”

SA hip hop at a glance: Your favourite rappers are no longer on top
20 hours ago
20 hours ago

SA hip hop at a glance: Your favourite rappers are no longer on top
20 hours ago
20 hours ago