All about ‘Indemnity’: Gail Mabalane stars in action-packed SA thriller

The second SA film set to premiere at the Fantasia Film Festival, 'Indemnity' is an action-packed thriller starring Hlomla Dandala and Gail Mabalane.

Movie premieres are in full swing, hoping to take some advantage of places in the world that have opened up theatres.

One local film, Indemnity, hopes to follow this trend and rank at the box office, and actress Gail Mabalane is part of the action thriller.

“I literally cannot contain my excitement! So proud to be part of another epic @gambitfma production. Can’t wait for you to see this,” she said.

The film is based on an ex-fireman in Cape Town, on the run after being falsely accused of killing his wife. The cast also includes Andre Jacobs, Louw Venter, Nicole Fortuin, Abou Adams and Hlomla Dandala, of The River.

The film is directed by Travis Taute, writer of Blood & Water.

Production house Gambit Films said the film had been eight years in the making and it finally materialised in March 2020, after a couple of postponements due to the Covid-19 pandemic.

Lead character Theo Abrams (Jacobs) is the former fireman, who suffers from severe post-traumatic stress disorder (PTSD) and is unable to return to work due to the psychological trauma sustained during a failed rescue mission. He has become volatile and his reality worsens after waking up next to his wife’s dead body.

Police are convinced he did it, as all the evidence points to him.

On the run, Theo is being chased by top cop, Alan Shard, known for leaving no stone to unturned and determined to catch Theo before he retires.

As Theo pieces together the puzzles of who is framing him, he realises that his wife was investigating the conduct of a global armament contractor that could reveal national secrets.

With high-speed chases, assassinations and other thrilling action scenes, Indemnity will premiere at the Fantasia Film Festival, which starts on 5 August. This is the second SA film set to be released at the prestigious film festival in Canada.

Taute said the scale of the movie had never been done locally.

“Beyond the impressive volume of fight and fire sequences, explosions and driving-related hooks, the entire cast did their own stunts.” 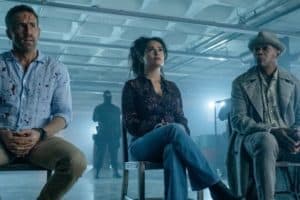 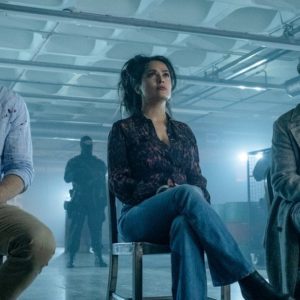