Riaad Moosa is making a comeback with the sequel to 'Material', titled 'New Material', alongside Denise Newman and Shashi Naidoo. 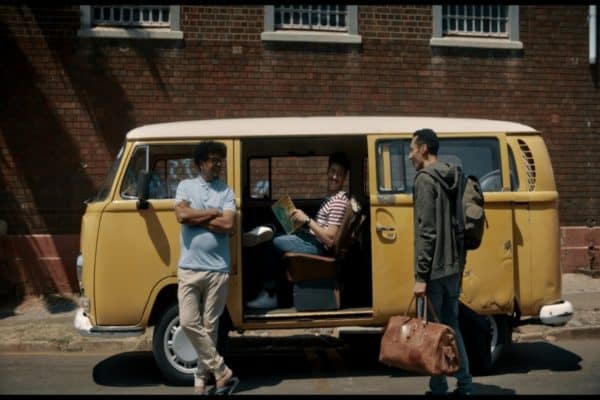 The hilarious and heart-warming Box Office sensation Material finally has a sequel, titled New Material, which will be hitting our screens on 15 October 2021.

Material is a South African comedy film that was released in 2012, and followed the life of Cassim Kaif, played by Riaad Moosa, whose dream is to become a stand-up comedian.

He tries his best to keep his dream a secret from his strict father, Ebrahim Kaif, who wants his son to one day take over the family’s fabric shop.

In New Material, directed by Craig Freimond and produced by Robbie Thorpe, Cassim continues to follow his dream of becoming one of South Africa’s few Muslim comedians, while balancing the demands of a marriage, a young child and living in a house with his ageing parents.

His father has accepted his career path as a comedian, but is still hopeful that his son will change his mind one day and take on the duty of owning and running the family business.

Although Cassim’s career as a comedian is going pretty well, he only performs for Muslim audiences in Johannesburg. However, he wants to expand his audience and take his craft further.

ALSO READ: ‘Legacy’ star Jay Anstey is going to b a mom!

With the help of his best friend, Yusuf, and his agent, they manage to plan a national tour, but not all goes according to plan as Cassim soon realises during the tour that he is out of his depth.

“Between them, they have no shortage of material and they also have an incredibly diverse and enthusiastic loyal following, so we are really excited about the film,” says Helen Kuun, managing director of Indigenous Film Distribution.