Survivor’s Santoni gives her take on the show’s jury

Santoni Engelbrecht is just as friendly and disarming as she has been during all 13 episodes of her stint in Survivor South Africa, Immunity Island. 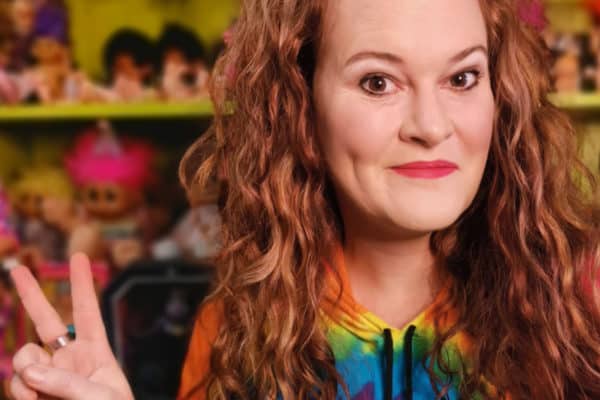 Santoni is now a member of the jury on Survivor South Africa Immunity Island. Picture: Supplied

Santoni Engelbrecht is just as friendly and disarming as she has been during all 13 episodes of her stint in Survivor South Africa, Immunity Island. An avid collector of Masters of the Universe figurines, humanist and online entrepreneur, Santoni is the kind of person that can instantly resonate with almost anyone. She is fun and bubbly but also has depth that goes beyond what you’d expect at face value. She’s just super-lekker.

After trying to compete for the past four seasons, Santoni finally made it for the Wild Coast instalment of the Survivor South Africa franchise. Her reason for wanting to be on the show is somewhat different to chasing a win. “The conditions on Survivor are really tough,” she says. “But so many South Africans live it as a reality daily. The hardship, the scrounging for food and the daily challenges we never encounter in suburbia. This is what I wanted to feel, I wanted to learn what it may be like for people to live in dire circumstances.”

She says that plunging herself into experiences is how she learns and engenders understanding.

“The show changed my life in many aspects,” she says. “Last year, shortly after completing filming it was Christmas, and normally we have a massive celebration at our home with loads of food and drink.” Santoni adds that the sheer opulence of being in a home, with a large meal and gifts really got to her this time. “The contrast with what I had just been through on the show, my motive for doing so and the sudden reset to normality was quite overwhelming.” It even made her rip up the flowers along her suburban pavement and replace it with a spinach garden, free to harvest for anyone who may need something to eat.

Now that she’s back at work, Santoni is focusing on her online store Kwaito Koeksister – a fashion site that sells left-of-centre clobber and accessories. She started the business after being retrenched from another television channel, sans severance. At first, market stalls and later, as demand grew, the online store. Kwaito Koeksister is a collection of eclectic, rock ‘n’ roll through to hip-hop clobber, all with a touch or two of alternative. “I realised that when I was growing up, I was the anti-fashion weird dresser.” The store’s garb reflects the nature of Santoni’s character. And it’s fab.

In the show she was a successful double agent for most of her tenure, playing power-broker but holding a lot of the balance in her hands. “I think I must have been quite disarming,” she smiles, with a veneer of bubbliness and looking a little dizzy. “It was easy to underestimate me.” Though she didn’t start off with some grand strategy like a few other castaways. “I took it in three-day chunks of play, per episode, really.” She says that many contestants who arrive with a strategy are often voted out first as there’s no flexibility in their gameplay.

“What can really get to you during filming is the loneliness,” she says. “You’re surrounded by people that aren’t your friends, one doesn’t necessarily fit in socially all the time and the sense of actual isolation is very real.”

But Chappies absolutely thrived. “He is such a kind, incredible person and he was in his absolute element, having fun. Like a boy who’s living an adventure, making fire, fishing, being naughty and just having the time of his life.” Santoni says fellow contestant Nicole was another castaway who was there for the tan, but the competitive aspects of her character emerged, and she had a whale of a time taking on challenges. She’s also a “lovely person”.

Tyson and Chappies, two alpha males in every sense of play, butted heads a lot. “I don’t even think the final episodes ever really showed the mutual dislike as deep as it was,” says Santoni. There’s no love lost between the two. Where Chappies was a barrel of fun, she says, “Tyson was a very serious and focused person, he didn’t really like anyone and much of the time he was like a grumpy old man.” Anela, she says, was too wrapped up in his own ego and trying to build some kind of resume. “We were very close, but in retrospect it doesn’t seem like Anela was actually loyal to anyone.”

Kiran, says Santoni, is a master strategist and while his paired alliance with Tyson painted the latter as the game-maker, it was a case of the tail wagging the dog. “Kiran’s game was cold, calculated and not emotional. The only time he ever showed weakness was during his emotional outburst at Tribal Council on the night that I was voted off.”

Getting to know Santoni is inevitably a friendship in the making. She’s a free spirit and a liberal thinker with a huge dollop of kindness and empathy that reveals itself in almost everything she says. “I’m the kind of person who likes everyone, tries to get along with everyone and will never belong to a particular group or wear a label.” After all, we are all the same inside.