In an effort to look like her husband's girlfriend, DiepCity's Momo turns to skin bleaching to compete with Zola to win her hubby back. 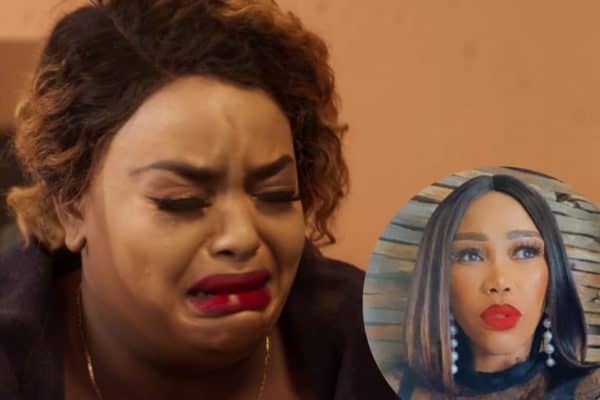 As DiepCity's Maureen/Momo (Vele Manenje, shown above) suffers the after effects of her husband cheating on her in the middle of a difficult pregnancy, she turns to skin bleaching in an effort to look like Zola (inset) | Picture: Supplied

If you’re looking for a happy show, Mzansi Magic’s DiepCity is not it.

Despite the heavy nature of the show, however, fans seem to be lapping it up, even with the recent introduction of a skin bleaching storyline.

According to television publication TVSA, DiepCity is a South African telenovela that explores the struggle of four young women who were forced into crime while in high school just to make ends meet.

The show follows their daily lives, as well as the lives of those around them, as they try to make their way in the world.

The telenovela was created by Gwydion Beynon and Phathu Makwarela of the renowned Tshedza Pictures, as well as popular television producer Mandla N (Mandla Ngcongwane).

The show is produced by Ngcongwane’s company Black Brain Pictures, who also had a hand at creating the show, along with one of the production company’s brightest talents, Mpumelelo Nhlapo.

Nhlapo also serves as an executive producer for DiepCity, alongside Mandla N and Annelie van Rooyen.

The show airs in the time slot which used to belong to Isibaya, and stars a mix of new and established acting talent such as Nozuko Ncayiyane, Kgaogelo Monamaas, Nompumelelo Vilakazi, Zikhona Bali, Hamilton Dlaminias, Dawn Thandeka King and Mduduzi Mabaso.

Hundreds of thousands of DiepCity viewers recently witnessed a heartfelt episode that saw Maureen/Momo (Vele Manenje) go through what happens to be the sad reality of many South African women; her husband cheating on her in the middle of a difficult pregnancy.

Momo caught her husband Mgedeza (Mduduzi Mabaso) red-handed with Zola (Sonia Mbele), a discovery which left her understandably shattered. This was especially because she believed that Zola was her friend.

“With colourism being a widely faced issue in our country, Momo’s character takes viewers through the depths of the effects of colorism which include a low self-esteem based on the shade of your skin, perceiving yourself as lower social class and feeling less pretty because of darker skin,” said DiepCity producers in a recent statement about the show’s latest storyline featuring skin bleaching.

Long story short, Momo turns to skin bleaching so that she can look like her husband’s “side piece”.

In an uncharacteristic show of strength, Momo also went head-to-head with Zola and threatened her to “stay away from her man”.

Viewers of the show are now wondering what comes after the cheating and skin bleaching saga? They essentially want to know if Maureen and Mgedeza survive this storm?