A look back at SA’s most beloved TV presenters

From KTV to Eastern Mosaic - A nostalgic look back at some of the most memorable and beloved tv presenters in South Africa's recent history. 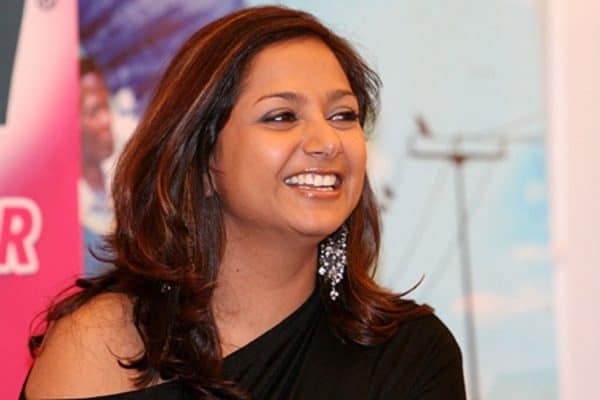 Candice Moodley is one of South Africa's most beloved TV presenters | Picture: TVSA

Whatever happened to the era of the TV presenter? You know, those people who either appeared in between television shows back in the day or hosted some of the country’s biggest television shows.

Although television presenters aren’t necessarily a thing of the past, they just don’t seem to be making them like they used to.

Perhaps it is the era that we live in that is to be blamed for the death of the super famous TV presenter.

The digital era of computer-mediated communication has enabled people to become superstars in their own right without the major platforms of yesteryear.

Could influencers be the new TV presenters? Could “re tlo go tlha….tlhamolla” have been replaced by “hi guys! Welcome back to my channel”?

Whatever may have happened, we often miss seeing these TV presenters on our screens:

1. Scott Scot: According to Jacaranda FM, Scot Scott was best known for his treasure hunting TV series, Skattejag. There was an English version of the show called Treasure Hunt and it was hosted by another loved TV presenter, Melanie Walker.

After his incredible career in the television industry, he decided to follow his other passion and become a farmer.

2. Casey B Dolan: If you name a job in the entertainment industry, we can bet you that Casey had it at some point in her career. In addition to being a television presenter, she was also a model, actress, DJ and pop star. She presented shows as Jika Majika, Fresh, and Top Billing, to name a few.

3. Pepsi Phokane: This South African heartthrob has been a mainstay in the South African entertainment industry. Although best known for hosting the late-night music show Afro Café, which aired on SABC2 in the early 2000s, he has since transitioned to a life behind the scenes. Phokane currently serves as the co-owner of Stained Glass Productions with Gugu Zuma-Ncube. The production company is responsible for shows such as Uzalo, Ifalakhe and Durban Gen.

4. Melanie Bala: Melanie Bala (formerly Melanie Son) is an award-winning news anchor with over 20 years of experience in broadcasting. She currently works as a radio news anchor at Metro FM (among other jobs) and is best known on television for hosting the South African talk show Let’s Talk … With Mel and a show called Studio Mix alongside the late Bob Mabena.

5. Claire Mawisa: Another beloved person in South African broadcasting is model-turned-tv-presenter, and arguably one of the most beautiful women in South Africa, Claire Mawisa. After starting out as a model, she went on to work as a continuity presenter on SABC1 before co-hosting the music variety show One on the same channel.

Mawisa is in the history books as the second black South African beauty to be featured on the cover of the local Cosmopolitan magazine and has since gone on to grace the covers of publications as such as True Love, Pace, Drum, Real and Bona.

She is one of the hosts of M-Net’s Carte Blanche and often works as an event MC.

7. Nonhle Thema: You cannot talk about local TV presenters without mentioning thee Nonhle Thema. She contributed to making ChannelO the mainstay that it is today after hosting shows such as O-Boma and O-Access.

As the daughter of a journalist and a former beauty queen-turned-actress, Thema is one of the pioneering faces that formed part of the V Entertainment team on DStv’s Vuzu.

In 2011, she appeared in her own reality show called Nonhle Goes to Hollywood (which she also executive produced) and featured in the docu-reality television series Reality Check, on e.tv.

For years, Thema and her outbursts kept Twitter going, as did the events in her personal life. Today, she leads a more quiet life as a businesswoman and mother.

8. Bonang Matheba: Another person whose tweets and personal life keep Twitter going is Bonang Matheba. She is best known for co-hosting the SABC1 Friday night music show Live alongside the likes of Andile Ncube and Sizwe Dhlomo. She has since hosted many an award shows and appeared on countless reality TV shows. She has also hosted radio shows at various stations and also appeared as the brand ambassador for countless brands. She has partnered with retail giants and alcohol manufacturers and she has scooped up damn near every award you can think of.

At the time of writing, Matheba was living her best life in New York City, working to cement her name on the international scene.

9. Denise Zimba: If Nonhle Thema walked and ran in the entertainment industry, she did it so that the likes of Denise Zimba could fly. After joining the V-Entertainment team at some point, Zimba went on to act and host other shows.

She is still one of the most missed V-Entertainment hosts but she seems to have put that life behind her for a new life as a musician, wife and mother.

10. Sandy Ngema: No list of South African TV presenters would be complete without mentioning Sandy Ngema, who now goes by her marital surname, Ehrenreich.

She is a former Miss South Africa finalist who became a television presenter. According to TVSA, Sandy now enjoys a lifestyle as an MC who also runs an events company, consults as a Video Story Editor and is a dedicated mom.

She hosted Strictly Come Dancing alongside Ian von Memerty as well as a travel show that aired on SABC2 called Africa Within.

11. Ursula Chikane: Like most other former Top Billing presenters, Ursula Chikane (formerly Stapelfeldt) has a place in our hearts. Not only did this radio and TV personality host her own show on 5FM that cemented her place as thee “Brown Sugar,” she also co-hosted the reality competition show MTN Gladiators.

12. Candice Moodley: This presenter, voiceover artist and actress is best known for co-hosting the SABC2 magazine show Eastern Mosaic. She got her start as a TV presenter for East-Net, an Indian Community Channel produced for M-Net and was the youngest continuity presenter in the country at the time.