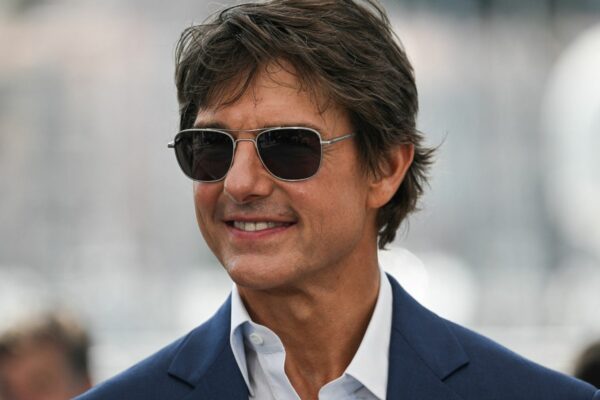 US actor Tom Cruise poses during a photocall for the film "Top Gun : Maverick" at the 75th edition of the Cannes Film Festival in Cannes, southern France, on May 18, 2022. CHRISTOPHE SIMON / AFP

It has been more than 30 years since fans saw Pete ‘Maverick’ Mitchell on screen and from what we have seen in the trailer so far, it’s once again going to be a wild ride.

During a rare interview with France24, at the Cannes Film Festival, Tom Cruise explained how his love for daredevil stunts started early, saying his fascination started when he was about four-and-a-half-years-old.

“I had this doll and you throw it up in the air and its parachute comes down. I played with this thing and I’d throw it off a tree and I was like; I really want to do this.”

Cruise explains how he then took the sheets off his bed and climbed onto the top of the roof to parachute. “And it’s that moment when you jump off the roof and you go: ‘This is not gonna work, it’s terrible I’m going to die,” he explained while laughing.

Cruise says he was the kid who climbed to the rafters or climbed the tallest tree and as his skills developed, he made them a part of his stories and characters. He says he is always trying to find new interests and skills which he can use in movies.

“If you look at my movies, whether it’s ‘Risky Business’, sliding across the floor or even ‘Taps’, you know with the Marines, like figuring out the physicality… These are things my whole life that I’ve wanted to do. I’ve wanted to parachute, jump and use the skills I’ve developed over time. I am an aerobatic pilot, I fly helicopters and I speed fly, I also dance. I take dance lessons and singing lessons.”

On performing his own stunts, the actor explained that he wants to create a unique experience for audiences, to immerse them in a world in a very unique way.

With the man of the moment on everyone’s lips, we looked back at some of Tom Cruise’s most intense stunts over the years.