Reflections on the highlights of the 2017 British Flat season

The debate will rage on over which John Gosden-trained horse is the best, Enable or Cracksman. 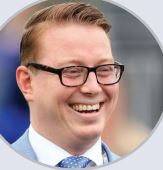 London – Horse of the Year – ENABLE To be honest, this wasn’t even close. No other horse got near a campaign that yielded five Group 1 victories, collected on a range of tracks and ground in a style that signified the arrival of another Juddmonte Farms-bred top-notcher.

Her three-year-old career started inauspiciously on 21 April. It was her first go on turf and she raced keenly, finishing third. But then Enable turned up at Chester on her next start and demolished them in the Cheshire Oaks. A thunderstorm heralded the start of the Oaks and she was lightning-quick, seeing off Rhododendron by five lengths with a further six lengths back to the third horse.

The Knavesmire race turned into a procession and Enable headed to Chantilly for the Arc. Ulysses, fresh from his Juddmonte International success, was there to take her on again and there were new challenges, but they didn’t have a sniff after Frankie Dettori made use of her good draw to manoeuvre her into a winning position in the first 400m. She put the race to bed with a burst of speed 400m out and galloped her way into Prix de l’Arc de Triomphe history.

The debate will rage on over which John Gosden-trained horse is the best, Enable or Cracksman. Both stay in training at four, so there’s a chance they will meet, but there is no doubt that Enable’s three-year-old career was the better. She  lit up the Flat season and deserves the Horse Of The Year mantle.

Jockey of the Year – SILVESTRE DE SOUSA It’s been asked plenty of times throughout the Flat season, but it’s worth asking the question again. Why doesn’t Silvestre de Sousa get more big-race rides? This season he cantered to his second jockeys’ championship, and he’s got over 200 winners on the board in the calendar year now.

His biggest win came on Withhold in the Cesarewitch, but his best day of the season came at Sandown on 16 June. He was a neck away from winning on all six of his rides at the Esher track, having to make do with a 968-1 five-timer. Trainer of the Year – AIDAN O’BRIEN There could only be one winner.

It was always a matter of when, not if, Aidan O’Brien would break Bobby Frankel’s world record for number of top-level wins in a calendar year and he’s done it in style. The record was 25, it’s now 27, and there’s time for more yet. He’s the trainer of this year, last year, next year, of every year. He’s the greatest of all time.