Costello and Capitoul look a winning combination at Lingfield

Costello obviously made his name initially in the jumps sphere so Capitoul will certainly not want for assistance from the saddle. 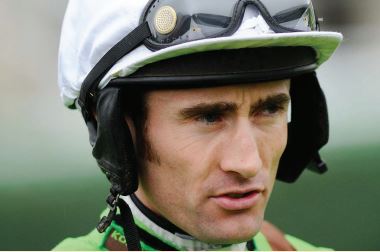 London – Dougie Costello teams up with Capitoul in the Lingfield Park “Flat Jockeys” Handicap Hurdle and the rider may prove a shrewd booking by trainer Richard Newland today.

Costello obviously made his name initially in the jumps sphere so Capitoul will certainly not want for assistance from the saddle. Nicky Henderson is starting to take the wraps off some of his bigger names now and while Call Me Lord may not yet be a headlinegrabber, he can signal his intent in the Molson Coors Michaelmas Handicap Hurdle at Huntingdon.

The four-year-old was snapped up by Simon Munir and Isaac Souede after winning two of his three outings in France, coasting home seven lengths clear at Compiegne on the second occasion back in March. He subsequently switched to Henderson’s team and the master of Seven Barrows wasted no time in in pitching him into action on the final day of the season at Sandown.

Call Me Lord duly triumphed in style off top weight and given his jumping was far from perfect that day, there is clearly a bit more to come if he can negotiate his obstacles a little better. A 4kg hike in the ratings obviously makes this a tougher test, but Call Me Lord can rise to the occasion. Scoop The Pot can make a winning start over fences in the Nyman Libson Paul Chase.

Paul Nicholls can claim a couple of prizes at Worcester, with Some Man and Tommy Silver holding valid claims. Some Man won a Portrush point-to-point back in March and subsequently changed hands for £165,000, so it will be disappointing if he is not in the shake-up for the British Stallion Studs EBF “National Hunt” Novices’ Hurdle. Tommy Silver was a dual hurdles winner last year and now he has reached a mark of 146, it looks a good time to switch disciplines and the R&A Masons Heating & Electrical Novices’ Chase is a nice starting point.