Power King could be hit by a case of the `Blues’

We have already crowned one Triple Crown winner this year when Louis The King completed the treble of the Gauteng Guineas, SA Classic and SA Derby, and Power King will be looking to follow suit when he lines up for the Grade 3 Winter Derby over 2400m at Kenilworth tomorrow. 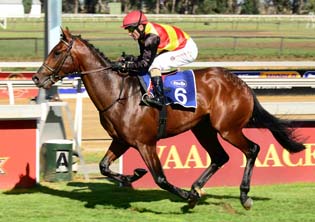 The Dean Kannemeyer-trained runner has already captured the Winter Guineas and Winter Classic and will emulate the feat completed by Pocket Power if he can win the Derby and claim the R250,000 bonus.

While my heart would love to see the son of Silvano pull it off, my head says he won’t. He is uncertain to stay 2400m and trainer Dean Kannemeyer has expressed concern about the state of the going, saying that Power King’s fluent action will not be suited to a heavy track.

If that is true the weather forecast for Cape Town could be the reason Kannemeyer is still in KwaZulu-Natal. Heavy rains have been predicted for the Western Cape and that does not augur well for Power King.

This race could be the perfect event for Helderberg Blue to stake a claim as a classy performer. Trainer Mike Bass has always had a high opinion of this son of Jet Master but was very badly behaved and clearly needed gelding. After his fourth place in the Grade 1 Investec Derby the decision was taken to perform the surgery and the “cruellest cut” was made five days later.

He has only raced twice since then, firstly finishing a 4.35-length eighth behind Marmalade Tycoon over 1400m and then running a 1.70-length third to Power King in the Winter Classic over 1800m.

Helderberg Blue should now be ready to show his true colours. He has been priced up at a very attractive 9-2 with Power King the 1-1 favourite.

Desert Swirl won the Grade 3 East Cape Derby at Fairview last month, easily beating Glenton by 2.25 lengths. Vaughan Marshall’s charge will have a lot more to do in this event but he does stay and must be respected.

There is a carryover Pick 6 at Kenilworth tomorrow with R300,000 being added to the pool, which is expected to reach 1.5 million.

The best banker on the card looks to be Priceless Jewel in the Listed Ladies Mile. She has proven herself over 1600m at the track and under the race conditions is at least 6kg better handicapped than any other runner.