The Highveld-based race horse trainer was admired not only as a fine horseman, but also as a colourful individual. 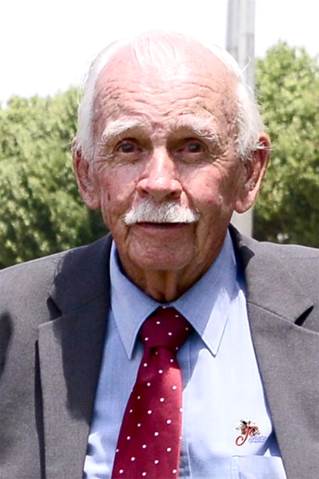 “Uncle George” Scott passed away last night after a short illness, much to the sadness of the racing industry.

The 84-year-old was still training at the time of his passing, having first sent out runners 43 years ago.

The Highveld-based trainer was admired not only as a fine horseman, but also as a colourful individual.

His winner’s enclosure interviews not only gave a clue to his determination and professionalism, but were also usually laced with humourous innuendo.

He passed his love of the game on to others and these included his two nephews: Colin, who trains successfully out of Summerveld today, and Rob, who is the current CEO of TellyTrack.

The last winner he trained was the Bosworth Stud-bred Global One filly Samarra, who won a maiden over 1 160m at Turffontein on Christmas Eve this season under S’Manga Khumalo.

His best horse in recent times was the sprinter Fair Brutus, a Yellow Star Stud-bred gelding by Muhtafal, who won eight races and did the Gr 2 Senor Santa Sprint and Listed Man O’ War Sprint double within two weeks at Newmarket in 2007.

At the time of his passing he was based at Turffontein where he had 25 boxes.

His daughter is overseas at present so no funeral arrangements have been made yet.