Garibondy to turn up the speed

A small group of fast females contest the Natal Carbineers 159th Anniversary FM 88 Handicap over 1000m at Scottsville on today, with nippy Garibondy a marginal pick. 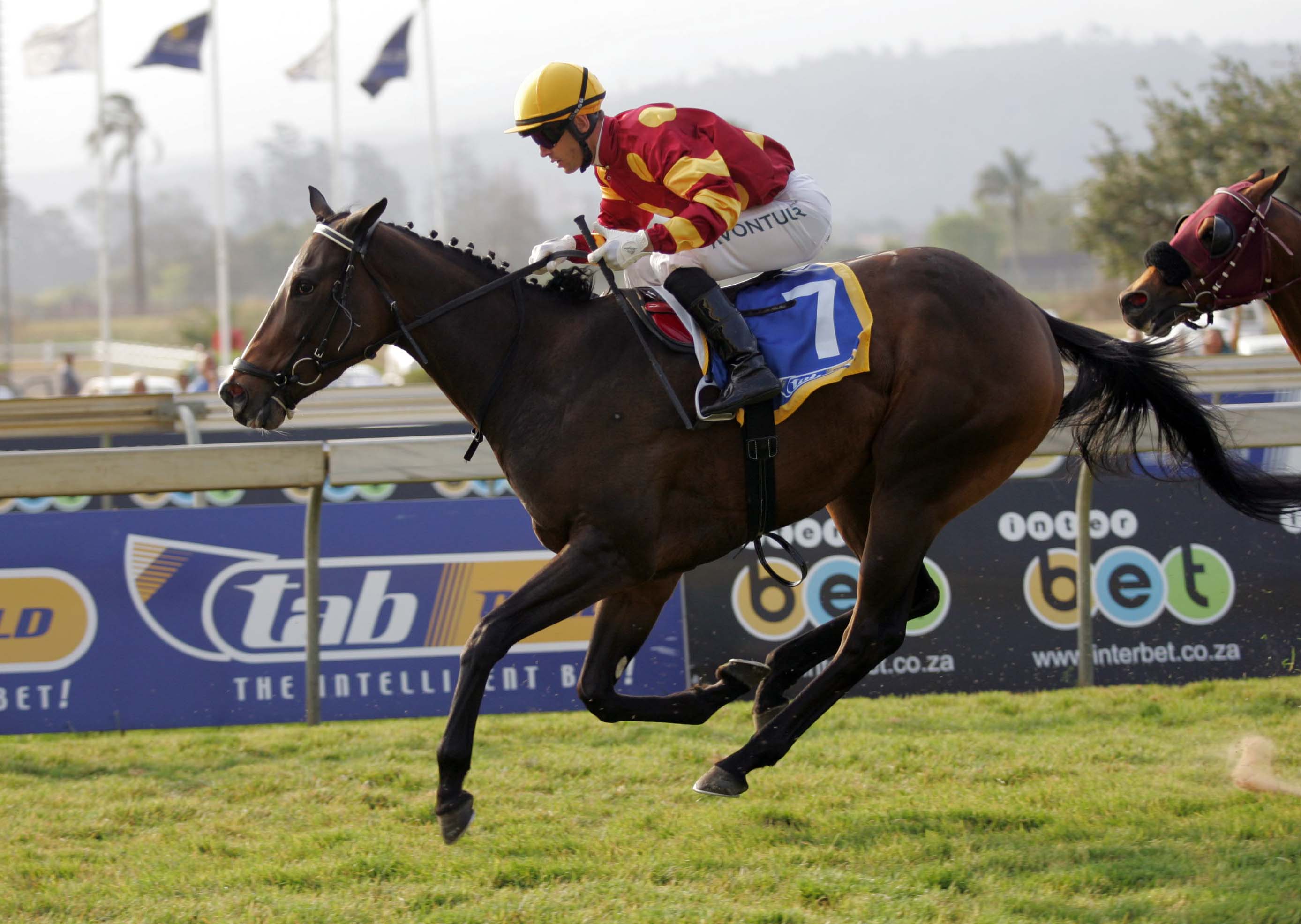 One of three Var fillies in the line-up, Garibondy is unbeaten in four tries over this course and distance, having shown ability from the beginning of her career.

Possessing the capacity to accelerate swiftly from just off the speed is a tactical advantage that makes her a strong contender.

The filly has won before following a layoff and can handle heavy burdens. Plus, jockey Anthony Delpech and trainer Paul Lafferty make a good team. So, on balance of probabilities, she might have enough in her favour.

The logical dangers are Swell Party and Cherry Tripper. Both seem live runners based on current form and are to be ridden by red-hot hoops.

Anton Marcus has won on 13 of his last 30 mounts and will be happy to be reunited with Swell Party because they have combined successfully in the past.

Dennis Drier and Sean Cormack are a high-percentage duo and they team up with Kitco, who downed Garibondy in October on more favourable terms. Since then, Kitco has regressed, with a couple of modest runs, so improvement is needed, although she will be having her third run after a rest.

Princess Julietta showed promise at two and her defeat of Lady Tatty in August last year would make her competitive in this grade.

Gavin van Zyl’s filly last raced 22 weeks ago, so her fitness must be taken on trust.

Pink Martini is an interesting runner. She has been running a touch below her best recently but tends to do well at this time of the year and has previous form that puts her right next to Swell Party.

Now having her third start after a break, she may suddenly shine up to sneak a minor award at a generous price.