The Citizen will be represented today, being partnered with the gelding No Worries (10/1) and the charity Highveld Horse Care Unit. 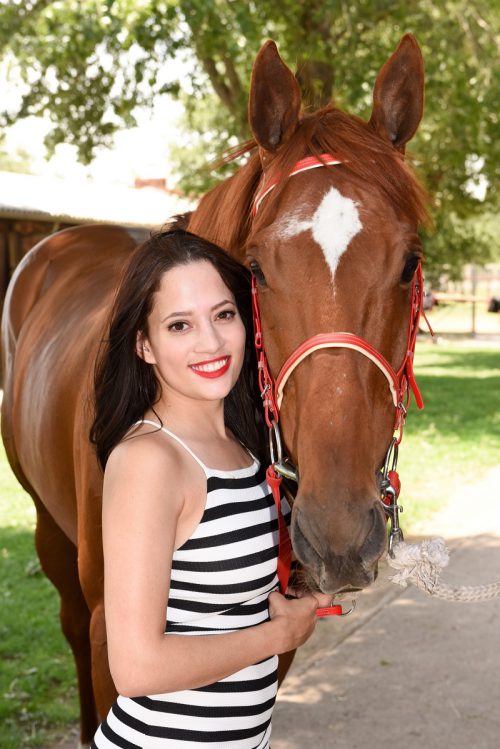 There’ll be celebrities galore at Turffontein Racecourse this afternoon when the big-race action returns to Joburg with the Peermont Emperor’s Palace Charity Mile.

“First Lady of Sport” Carol Tshabalala, 94.7 presenter Alex Caige, Strictly Come Dancing’s Katlego Maboe, champion boxer Kevin Lerena and Lions winger Courtnall Skosan are some of the stars who will be at the track, where each will represent a runner in the Charity Mile.

The race brings together famous horses and famous people to benefit the needy. The horses race for the R1-million prize money as normal, but each also competes on behalf of a charity.

The Citizen will be represented today, being partnered with the gelding No Worries (10/1) and the charity Highveld Horse Care Unit.

The order of finish determines the payout to each charity, ranging from R150 000 to the charity represented by the winner, down to R50 000 for the last charity. Collectively, the participating charities take home R1 million.

And there will be lots of chances for racegoers to win big, as well. The TAB Pick 6 pool on the meeting starts with a R850 000 carryover and that should result in a more than R3.5 million pool.

The Charity Mile has attracted a competitive field and could resemble a cavalry charge halfway down the home straight, which is sure to have the celebrities and charity representatives cheering wildly for their respective runners.

Rabada was one of the top three-year-olds of last season and is currently a weak favourite at 5/1 ahead of New Predator (11/2) and Champagne Haze (6/1).

Rabada, winner of the Daily News 2000 race and also runner-up in the KZN Guineas during winter, is a class act and will probably outgun his rivals at best.

But this will be his first race in five months and his chief target is the Sansui Summer Cup coming up in three weeks’ time.

New Predator had strong claims to winner Legal Eagle in the Horse Chestnut Stakes over this course and distance back in April, and has no fitness doubts, having run well in his warm-up race last month.