Table Bay to prove his class in Selangor

Always In Charge to live up to his name in Ready To Run Stakes. 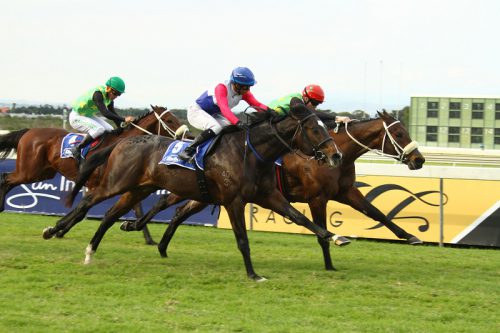 I was of the opinion for some time that of the exposed horses, Table Bay was the best two-year-old in Cape Town. However, pundits in the province kept telling me there are better.

If there are, I have yet to see them and the manner in which Joey Ramsden’s charge won the Cape Classic last month confirmed my conviction. The Grade 3 race was over 1400m and despite giving the field weight, Table Bay took the lead at the top of the straight and raced clear of the opposition to beat Elevated by four lengths.

The Australian-bred son of Redoute’s Choice will once again have the opportunity to prove his brilliance when he tackles a similar field in the Grade 2 Selangor Cup over 1600m, Race 7 at Kenilworth today. This time he has the added advantage of taking his rival on at level weights. He is drawn No 2 has Anton Marcus up and it is no surprise he has been priced up at 1-1 and could possibly start even shorter.

There is always that niggling doubt when the upcountry horses start to come down for the season. They test the dominance of the Cape horses, especially when they come from the yards of trainers like Mike de Kock and Sean Tarry. De Kock has already pulled off one feature-race victory when Ektifaa won the Grade 2 Choice Carriers Championship last month, beating Sail by 0.75 lengths. Sail franked that form with an emphatic win at Kenilworth last Wednesday so runners form the De Kock yard cannot be taken lightly.

Table Bay will be coming up against an unbeaten half-brother on his father’s side (Redoute’s Choice) in Al Fahad. This horse De Kock believes is loaded with ability and his maiden win is one of the strongest form lines around. Four winners have come from eight runners, among them Doosra who has won twice since, the Grade 3 Graham Beck Stakes, while Al Fahad also franked that form with a facile win in a three-year-old handicap over 1450m on the Turffontein Inside track.

Anthony Delpech takes the ride and one can expect him to start at shorter odds than the current 4-1 on offer.

Marcus could easily ride a feature double as Always In Charge looks a cut above his opposition in the R2.5-million Lanzerac Ready To Run Stakes (Non-Black Type) over 1400m.

With a victory in the Gold Medallion over 1200m at Scottsville, the son of Captain Al is already a Grade 1 winner and looked most impressive in his comeback run over 1200m at Kenilworth on 1 November.

Trainer Vaughan Marshall has said his charge will only get better as he starts to go further so it is hard to look beyond him. The main threat is likely to come from Zodiac Ruler who also looks to have a bright future and should be a lot fitter after his last race in which he ran on well to finish a 1.90-length fifth behind Silicone Valley in a Pinnacle Stakes.

He will also prefer the extra 200m and will have Richard Fourie in the irons.