He can run on his day but overall has disappointed. 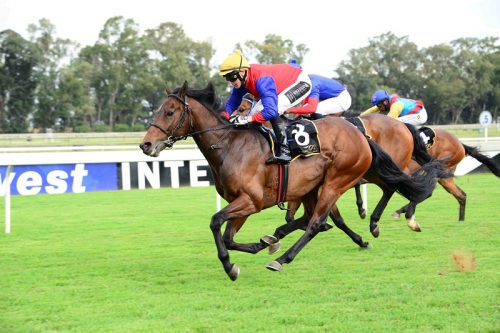 The scratching of Yankee Captain from Race 6 at the Vaal on Thursday, a MR 80 Handicap on the Outside track, has paved the way for Cherokee Grey to notch up his third victory.

He can run on his day but overall has disappointed. He is only a two-time winner from 14 starts but would have had to give 1kg to a four-time winner like Yankee Captain. However, Cherokee Grey has run against some stronger opposition and with the scratching of Yankee Captain, Counterstroke and Captain Chips, reducing the field to just five runners, the son of Greys Inn will hardly get a better chance to extend his win record.

Apprentice Calvin Ngcobo takes the ride for the Alec Laird yard and he has done well aboard the gelding. However, he was not on board the day he won last November but has ridden him four times for three second-place finishes.

Golden Man looked to be the perennial bridesmaid when running second nine times before being able to win his maiden but he has remained a consistent performer. He has won another two since and overall in his career has 35 runs for 15 second places, four thirds and six fourths and his earnings of R575,125 exceeds all but Amsterdam of the runners in this line-up.