The De Kock yard will be represented by Heavenly Blue and Janoobi and both have clear chances. 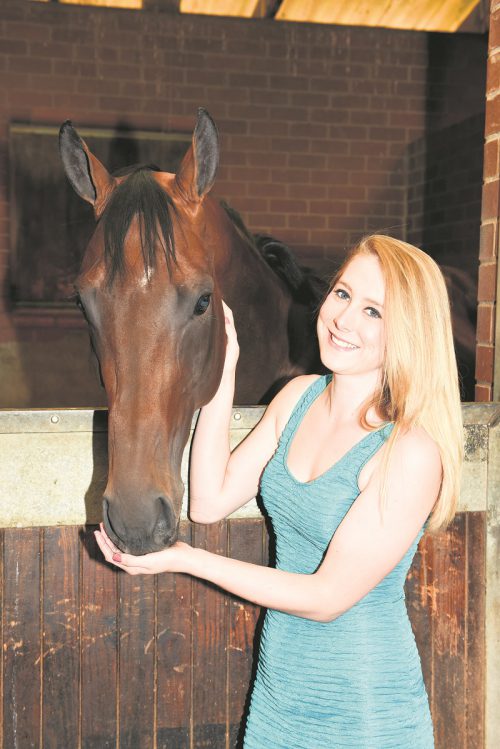 Model Jennifer-Ann Pugh with Janoobi ahead of Guineas Day at Turffontein Racecourse today. According to assistant trainer Mathew de Kock, Janoobi ‘is at peak fitness and has the form’ to win the R1 million Betting World Gauteng Guineas (Grade 2) today. It is the first leg of the SA Triple Crown. Picture: Greg Mulford

Trainers Sean Tarry and Mike de Kock have a near stranglehold on Saturday’s R1 million Betting World Gauteng Guineas at Turffontein, when they will saddle six of the nine runners between them.

The Guineas is the Joburg first leg of the famed SA Triple Crown, which is billed as Africa’s ultimate test for three-year-olds. The series comprises three legs over distances ranging from 1600m to 2450m and there’s a R2 million bonus for winning all three legs.

The alternative first leg – the Cape Guineas at Kenilworth in Cape Town – was run back in December and was won by Cape-based William Longsword. But he has been retired to stud and will not be making the journey to Joburg for the second leg of the Triple Crown next month.

The De Kock yard will be represented by Heavenly Blue and Janoobi and both have clear chances.

Heavenly Blue, currently 7-2 favourite in an open betting race, packs plenty of promise. He won his first two starts and then finished second in two feature races before running a close ninth from a shocking draw in the Cape Guineas in
December.

Tarry’s four runners include second-favourite Furiosa, the choice of stable jockey S’manga Khumalo, and ultra-promising Al Sahem who has won his two races to date in easy fashion.

Al Sahem faces his first real test today but has the makings of a top sort and will be ridden by Anthony Delpech, who is one of the best jockeys around and has won major races in several countries.

One thing is certain and that is if Al Sahem wins today he is going to be a difficult customer to beat in the second and third legs of the Triple Crown.

Have a look at the pen pic videos on www.citizen.co.za if you are not sure about your horse in the main race.