Just As I Said runs well for Marco van Rensburg. UNBEATEN. Sporting Monarch has won his only race on the Turffontein Inside track and is expected to repeat that performance in Race 3 over 1200m today.

UNBEATEN. Sporting Monarch has won his only race on the Tur ontein Inside track and is expected to repeat that performance in Race 3 over 1200m today.

He is taking a leap in class but should be up to the task.

Craig Zackey has had a stellar season, riding 138 winners to finish in sixth place on the country’s jockey log. He knows Sporting Monarch very well, having ridden him nine times for two wins and six places. This gelding has a 100% strike rate at the course and with 57.5kg to shoulder and a good No 2 draw, could be the horse to follow.

He defeated Arabian Beat by 1.45 lengths last time out but the la er will now shoulder 5.5kg less so shouldn’t be taken lightly.

Just As I Said is the model of consistency and could prove the main danger. He has faced stronger company and, interestingly enough, since partnered by jockey Marco van Rensburg, has yet to run out of the money.

The pair had four wins and two thirds together and should be in the money once again.

This son of Just As Well is well drawn in stall No 6.

The only concern is he comes back from an 88-days’ rest and has a hefty 60.5kg to shoulder.

That is 3kg more than Sporting Monarch and 8.5kg more than Arabian Beat so a win might be too much of an ask.

He shouldered 63kg last time and lacked extra in the closing stages, in the end having to settle for third place behind Aramouse. He did, however, finish 0.10 lengths in front of Arabian Beat on that occasion.

His only run on the Inside track was a seventh place finish behind Noah From Goa in 2015.

Zackey rides Cataluga in Race 5, a FM 71 Handicap over 1000m. She’s rarely far off them, loves the course and looks good value.

Varsity Princess was well backed on debut when a 1.80 length victor at the Vaal. With only 56kg to carry she could be the main threat. 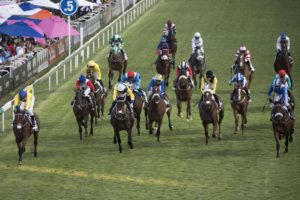 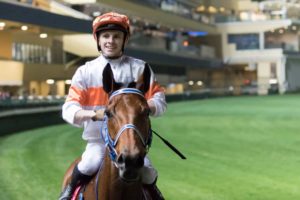 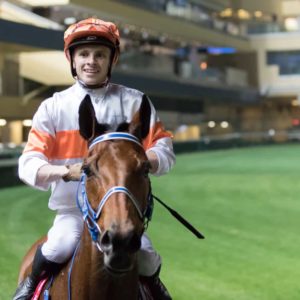