Steyn’s charge can confirm the drought is over

Those who like to back a horse outright should get a good run for their money from Twilight Trip. 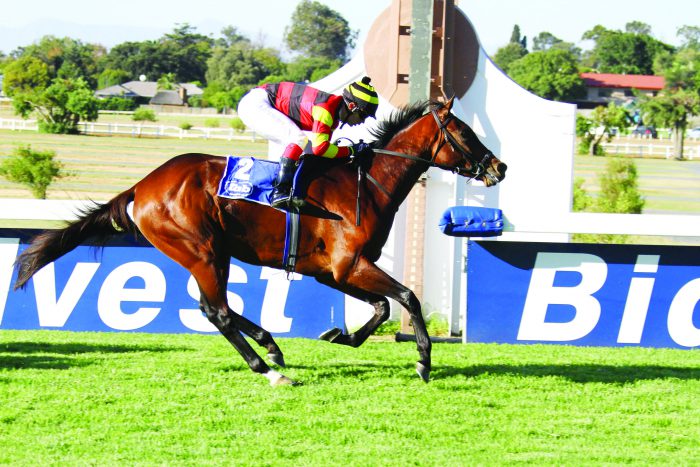 WELL HANDICAPPED. Waiting For Rain was lightly penalised for his last win and looks the runner they will all have to beat in race 2 at Kenilworth today.

Waiting For Rain was handed a two-point penalty for his win last time out but could show the handicappers were lenient when he runs in Race 2 at Kenilworth today.

He had three of these rivals behind him in that MR 88 Handicap over 1800m – Red Peril was a 1.40-length fourth, with Harlem Shake another 2.15 lengths behind and Friendly Tibbs not much further back.

Waiting For Rain was ridden that day by Aldo Domeyer, who is continuing to exploit the rich vein of form he hit last season with 11 winners already in August, and the jockey takes the ride again for trainer Piet Steyn.

At the turnover in weights – courtesy of Akshay Balloo’s 2.5kg apprentice allowance and a one-point drop in the ratings – Red Peril should theoretically turn the tables on Waiting For Rain but was ahead of his rival most of the way round and became a little one paced late, so might not capitalise on that advantage. He is also still rated above his last winning mark.

There is a line of collateral form that suggests Strathdon will find Waiting For Rain marginally too good and there is not much to choose between Justin Snaith’s charge and Royal Ginger. Dan Katz’s runner has bottom weight of 52.5kg and that could give him the advantage over Strathdon this time.

Those who like to back a horse outright should get a good run for their money from Twilight Trip – another Domeyer ride – in Race 6 over 1600m.

The Candice Bass-Robinson-trained four-year-old gelding has hot form with two wins and three places from as many starts. He was last seen in action on 24 June when asked to carry 60kg and finished a three-length third behind Moonrise Sensation. The form of that race has worked out well and the 57.5kg he carries in this MR 80 Handicap will feel like a featherweight.

Second best could be Katz-trained Dex Dexter, who followed a promising third on debut with a good win over this course and distance next time out.