It is time for Sir Dancealot to waltz home at Leicester

The three-year-old colt is a lovely horse but things have not quite gone his way this year. 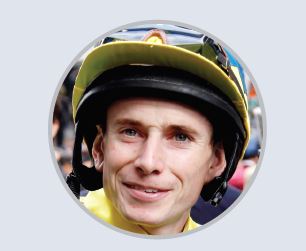 London – Sir Dancealot can rediscover the knack of win­ning races when he lines up on a strong card at Leicester today.

The three-year-old colt is a lovely horse but things have not quite gone his way this year. In­deed, Sir Dancealot has not tast­ed victory since he claimed the Rockingham at York as a juvenile at this time last year.

The son of Sir Prancealot has, however, been aggressively campaigned this season and the 1400m Wreake Handicap repre­sents a sizeable drop in class.

David Elsworth’s inmate was only beaten three lengths in the Park Stakes at Doncaster, before which he was hardly out with the washing in the Hungerford Stakes. The Bunbury Cup run­ner-up must carry a fair bit of weight at Leicester, but this is ob­viously not as a strong as a Group race and it is great to see Ryan Moore has kept the faith in him.

With conditions seemingly appreciable towards a good run, much is expected of him.

Just Glamorous made a sud­den return to form at Ascot earlier in the month and has a grand chance of a double in the sprint handicap. Having shown next to nothing all summer, the breathing operation before his penultimate run obviously worked the oracle. Ron Harris’ chestnut had been in appalling form but bold Oisin Murphy tac­tics in the Listed Rous Stakes re­kindled his love of racing.

Just Glamorous must carry top weight in this 1000m dash, but now he has rediscovered his mojo, and with Murphy back on board, he could be hard to pass.

His form last summer, when he won three races on the spin, offers enough evidence to prove he is a horse eminently capable of rattling up a sequence.

Breath Caught will surely take all the beating in the ebf­stallions.com Reference Point Maiden Stakes. Ralph Beckett’s Bated Breath youngster stepped up markedly on his debut effort at Chepstow when second last time out to Bathsheba Bay. With Moore an unusual booking for the yard, the hint should be tak­en – Press Association