O’Brien one off G1 record

In all honesty, Smart Call has not looked such a potent force since leaving Alec Laird for Sir Michael Stoute. 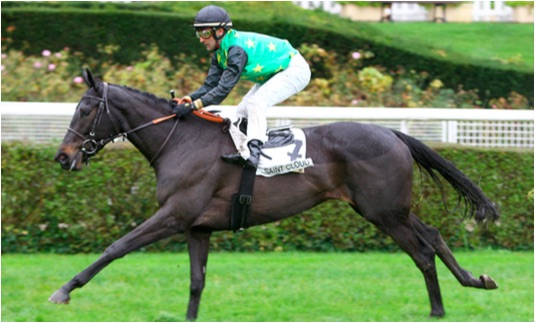 GROUP 1 HOPES. The Juliet Rose can stake a claim for her South African owners when she contests the Group 1 Fillies & Mares Turf over 2400m at Ascot on Saturday.

With £4.3-million (R76-million) up for grabs on Champions Day at Ascot on Saturday, it is Britain’s richest day in the racing calendar, and how fitting if the Royal Heath is where the incomparable Aidan O’Brien breaks the world record for number of Group or Grade 1 winners in a season.

Aidan still needs one more to equal the 24 victories at the top level achieved by the late Bobby Frankel in 2003, but by the time we all reach Ascot the remarkable Irishman, who celebrated his 48th birthday on Monday, might well have drawn level, courtesy of Johann Vermeer, who runs in the Caulfield Cup, the most valuable turf handicap on the globe, in Melbourne earlier in the day.

Johann Vermeer only just failed to get up in last week’s Group 1 Ladbroke Stakes Down Under, and if he comes through his gallop on the grass in Melbourne today the plan is to run him on Saturday with the extra 400m expected to bring out the best in him.

O’Brien’s two raiders in Toronto last weekend ran disappointingly, although Andrew Balding kept the British flag flying at Woodbine’s biggest meeting of the year, winning the Group 1 EP Taylor Stakes with Blond Me, who may now head to Hong Kong in December for either the Vase or the Cup.

However, though Idaho and Rain Goddess ran below-form, O’Brien remains on a high after saddling the first four home in last weekend’s Dewhurst Stakes at Newmarket – the most prestigious two-year-old race in Europe, though, somewhat surprisingly, he can only boast one of the six favourites for Ascot, Order Of St George in the Long Distance Cup, the Group 2 stamina test that precedes four consecutive Group 1s.

However, with the likes of Churchill, Caravaggio, Rhododendron and Hydrangea to shuffle before he lays his cards on the table as to who goes where best we wait until later in the week before put- ting pen to paper for the preview of what promises to be a magical and maybe historic day.

Nobody will be keener to know what Coolmore decide to run in the Fillies & Mares Turf than Markus Jooste, who is part-owner in The Juliet Rose.

She might not be worth as much as her namesake – one of the most expensive flowers in the world, having cost £3-million to be created by famed rose breeder David Austin – but The Juliet Rose, trained at Chantilly by Nico- las Clement, is not far off the best of the French middle-distance fillies, and she is rated only 3kg inferior to last year’s winner Journey, who is favourite to stage an encore in what is her final race before she goes to stud.

The Juliet Rose will be the freshest in the field, which has to be a plus, the filly having only run twice this season.

Ring-rusty at Deauville, where she returned after a 10-month break, The Juliet Rose, whom Jooste shares with Investec chairman Bernard Kantor, was much sharper when winning the Group 2 Prix de Royalieu on her home course for the second year running, making all and repelling all comers up the straight.

The ground is on the fast side at Ascot at present, but there is rain forecast towards the weekend.

If the going did turn so it would not bother The Juliet Rose, nor would it inconvenience fellow French challenger Bateel, who has made enormous improvement since leaving Newmarket for Gallic shores and was impressive when beating Journey in last month’s Prix Vermeille.

Being a Group 1 winner could we ever forget her brilliant vic- tory over Legal Eagle in the 2016 Met last year’s South African champion Smart Call commands the utmost respect, though she has never tried 2400m before and her best run this season was in the 1600m Coronation Stakes at Royal Ascot.

In all honesty, Smart Call has not looked such a potent force since leaving Alec Laird for Sir Michael Stoute.

Her rating has dropped some 4.5kg, with it being easy to pick holes in the form of last month’s sixth in the Group 2 Blandford Stakes at The Curragh.

For me, if the rain stays away at Ascot JOURNEY will become the first ever back-to-back winner on Champions Day.

But should the heavens open Bateel and The Juliet Rose could herald the cry ‘Vive La France’, though we might raise the South African flag if the latter is triumphant!

Reflecting on Future Champions Day at Newmarket last Saturday, the jury is out as to whether Dewhurst winner US Navy Flag is a worthy favourite for next year’s 2000 Guineas.

He has clearly inherited the durability of his sister Roly Poly as this was his 10th run of a season which began at Naas in April.

Neither deposed Guineas favourite Expert Eye, nor Emaraaty ran their race at Newmarket.

And the runner-up started at 50-1, so, while being one of the first to congratulate O’Brien on what was a fabulous training feat, I walked away unconvinced that we had seen another Ballydoyle classic winner.

We always look to the Dewhurst hero to be something special, but just as this year’s classic generation of colts took a backseat behind the fillies.

Similarly, I can see the glamour gals bossing the boys again in the early classics next year judged on what is on the juvenile table so far.

Granted, Enable, Europe’s undisputed Horse of the Year this season, had yet to step foot on a racecourse this time last year, a comment that also applies to Britain’s best three-year-old colt, Cracksman, so maybe I am premature in my criticism.

However we won’t suddenly find fresh blood in the antepost market for either Guineas.

Like US Navy Flag, September, unlucky to beaten by Laurens in the Group 1 Fillies Mile at Newmarket last week, is only small, but she is all class.

As too are stablemates Clemmie and Happily, and I’d take any of those three over the colts if they were supplemented for the 2000.