Consistent Melinoe to make it count in Centenary Fillies

This three-year-old has hardly looked back since kicking off her year with a fourth place in May, hitting the frame on each of her seven outings, including at win at this track in August. 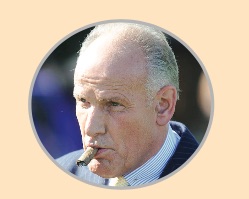 London – Melinoe has certainly been paying her way this season and can add a few more pounds to the coffers today by winning the TBA Centenary Fillies’ Handicap at Nottingham.

This three-year-old has hardly looked back since kicking off her year with a fourth place in May, hitting the frame on each of her seven outings, including at win at this track in August.

Sir Mark Presco placed her to excellent advantage to win over the same 2200m she faces this time, coming home just under two lengths clear with a fair bit still in hand.

Melinoe has not quite been able to build on that result though, having to settle for narrow seconds at both Newmarket and Goodwood subsequently.

She was a bit unlucky on both occasions – a fact that has not been lost on the handicapper either as he has eked her up 2kg for those defeats.

However, Melinoe still seems to have a little something to give and she can put her best foot forward here.

Melinoe is taken as the Nap bet of the day, and two other races at Nottingham have been selected as good bets.

Msayyan lines up in the first division of the Kier Construction EBF Maiden Stakes having just been touched off on his racecourse bow.

He did not enjoy the clearest of passages on his first attempt at Kempton, but kept on admirably without his rider being too hard on him and can gain full compensation by taking this race.

Msayyan and Melinoe together with Crystal Hope – are suggested as possible All-To-Come bets at No hingham.

Private View can make it an across-the-card double for Presco in the first division of the 32Red On The App Store Fillies’ Novice Stakes at Kempton.

David Pipe has kept Gabrial The Great busy through the summer so he will certainly be fit for action in the Bobby Renton Handicap Chase at Wetherby.

The eight-year-old seems to appreciate a quicker surface and should have conditions in his favour again as he tries to improve on his recent second at Southwell.

Racing over hurdles he was beaten on the line a er hanging a bit in the finish and is clearly not a straightforward type. He has the ability to win and will surely be in the mix. – Press Association