Dinesen looked the likely winner of the Listed East Cape Paddock Stakes last month before being run out of it very late by Irish Myth. 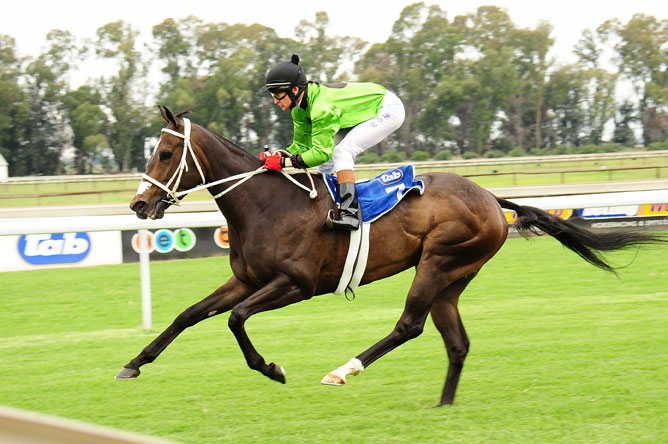 MAIN DANGER. Miss Cantona is weighted to beat Dinesen but has proven a hard horse to win with and is also not well drawn. Picture: Supplied.

That form should be good enough to see her win Race 6, a MR 88 Handicap for fillies and mares over 1400m on the Fairview Polytrack today.

The meeting was to be staged on the turf but the condition of the track, coupled with the fact more rain was forecast later in the week, made the organisers choose to run the meeting on the Polytrack.

The draw gods have been unkind to Dinesen once again with the widest draw of stall No 16 appearing to be her main obstacle in winning this. This Antonius Pius filly won well from a bad draw in her penultimate start so she is proven to have the early speed necessary in order for her jockey to keep her handily placed.

The drop in trip from 1600m to this distance clearly suits her as she has won three times between 1200m and 1400m. Dinesen has only run once on the Polytrack and that saw her give 8kg and a short-head beating to subsequent winner Dream To Reality.

Stable companion and fellow Alan Greeff inmate Murmering Sky is better drawn and will jump from stall No 3 but she will need to overturn a 3.25-length deficit and is 4kg worse off with her stablemate. Nevertheless Murmering Sky does have place prospects over this track and trip.

Miss Cantona is weighted to beat Dinesen as she is 3kg better off for a 1.75-length beating over this distance on the turf but Miss Cantona has proven a hard horse to win with and is also not well drawn.

Endearment was unlucky not to win her last start when flying up from nowhere to be beaten a neck so is capable of winning more races. A wide draw and trying this surface for the first time though tempers enthusiasm for her.

Ado Annie jumps from pole position and is both course-and-distance suited so appears to be the surprise package if Dinesen does not run up to expectations.