Twice bitten, thrice shy? Will American Hall of Fame jockey Mike Smith ever venture back to Riyadh for the $20 million Saudi Cup? 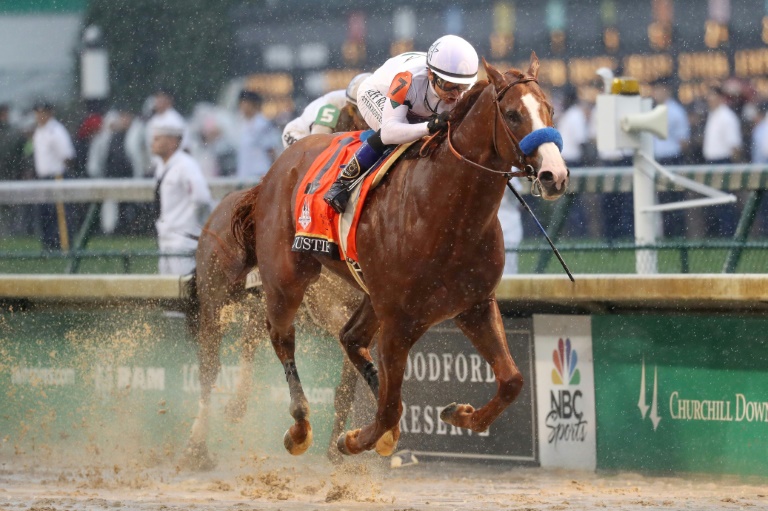 It’s not only Hall of Fame jockey Mike Smith’s bitter disappointment as runner-up in both 2020 and 2021 – the first two iterations of the world’s richest horse race – that might put him off returning. It’s also the ferocity of the local stipes, who keep nailing the bloke.

Last year, Smith was lashed by a $200 000 (about R3 million) fine for breaking the whip rules when finishing second on Midnight Bisou. And he was handed a nine-day suspension on top of that – which US racing authorities immediately implemented under a legal reciprocity agreement, costing poor old Mike a whole lot more in riding fees on the US circuit.

This past weekend, Smith, 55, again incurred the wrath of the Arabs, collecting a two-day fine for his mount, Charlatan, causing interference to Sleepy Eyes Todd shortly after the start. He also got a cash fine of $20 000 on the day.

Charlatan is trained in the US by legendary Bob Baffert, who promised before the meeting to give Smith lessons in counting whip strokes. The colt started as hot favourite but could not match Mishriff, trained by the UK’s John Gosden for local owner Prince Faisal.

US racing paper Thoroughbred Daily News observed that Smith’s misdemeanour “appeared to be a minor infraction that had no bearing on where Sleepy Eyes Todd finished”.

This was no singling out of the devilish Yankee raiders. Mishriff’s rider, 21-year-old David Egan of England, was hit with a $100 000 fine and a two-day riding ban for striking his mount 11 times as they overhauled Charlatan in the closing stretch.

That was one more thwack on the hindquarters than is allowed in Saudi Arabia, carrying a punishment of 10% of the jockey’s $1 million winning prize.

Come to think of it, a paltry R1.5 million-odd isn’t too painful if you’re taking home a cheque north of R14 million.
Debate on American racing forums has elicited a wide range of opinions on this delicate matter, with some people suggesting over-zealous officialdom will dissuade international visitors next year.

The more worldly-wise, however, reckon the massive prizes on offer will be more than enough to lure top overseas competitors back to the desert – even Mike Smith, perhaps.

Some keyboard warriors are right behind strict regimens to prevent any hint of cruelty in the interests of the game’s reputation. Others point to the kingdom’s poor human rights record and the apparent absurdity, even hypocrisy, of being so protective of thoroughbreds.

Another jockey who made headlines at Riyadh racecourse was English sensation Hollie Doyle, who became the first female rider to win a race on Saudi Cup day when she stormed to victory on True Self in the $1 million Neom Turf Cup. She also picked up a win on the Friday, the first day of the international festival meeting.

Saudi Arabia gained notoriety in the past for its suppression of women’s rights and bans on female athletic activity – let alone driving cars. Invitations to seven of the world’s top female jockeys for the Saudi Cup race meeting is seen as part of a strategy of modernisation; opening up to the world and international tourism and investment.

Doyle, who recently placed a surprise third in the BBC’s Sports Personality of the Year awards, has also been nominated as one of four finalists in the Dubai Racing Club’s upcoming People’s Choice Awards, which recognise the “most compelling moment” in horse racing worldwide in the past year.

The UK’s Sun newspaper has dubbed Doyle, 24, “the best jockey in Britain”. That might be a stretch, but does indicate the huge impact the elfin rider is having on the racing world.