The main opposition will probably come from Sultanah, Me Time and Bella Rosa. 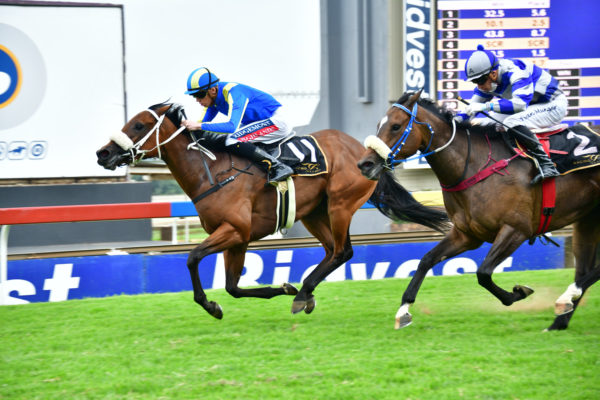 Halfway To Heaven is the mother of all … well, mothers. She’s the undisputed champion mom of the South African racing world, having already been crowned Broodmare of the Year twice.

This maternal monarchy comes courtesy of Halfway To Heaven’s first three sprogs, who are all Grade 1 race winners. Rainbow Bridge, Hawaam and Golden Ducat need no introduction to racing fans.

Her fourth-born, a filly named In Limbo, has flown under the radar by comparison. But she is already a winner and could post-victory No 2 when she contests Race 5 on Thursday, an FM89 Divided Handicap over 1600m of the Inside track at Turffontein.

The three-year-old filly – a full sister to now-exported titan Hawwaam, being by Silvano out of our heroine – has had three outings thus far for the Mike de Kock yard.

The first effort, In November 2020, was clearly just a pipe-opening dash, but she did show good speed in the run-in before finishing just out of the money. Next time, over 1400m, she looked a winner 200m out but wobbled in the closing stages, upsetting some rivals, and getting demoted to third place. Third time lucky; In Limbo showed the fighting spirit of her famous brothers to grab the honours over 1600m on the Turffontein old course.

Further progress looks highly likely. She has been given a rather gentle 76 merit rating, so carries the trifle of 52kg – in the form of crackerjack jockey Muzi Yeni.

A draw of 9 out of 11 is a small concern on this tight circuit, but if In Limbo has a smidgeon of the talent of the rest of her family she shall overcome.

De Kock has a good chance of landing a quick double with Lyrical Dance in Race 6, an FM 71 Divided Handicap, also over 1600m.

This three-year-old filly also has a neat pedigree, bring by Vercingetorix out of a Jallad mare, and has shown signs that such blood promises. She has a win, a third and a fourth from five attempts and all the indicators are upwards.

Stable jockey Callan Murray starts from a draw of 4, which should give him the box seat and an advantage over worthy rivals such as Un Deux Trois, Soul Of Wit and Louvain.