Act Of War has been profitable for most punters (and the war industry) but a Peace Pact is better for the soul and hopefully for punters yesterday as trainer Mike Bass’s charge looks very hard to oppose in race 7, a MR 72 Handicap over 1400m at Kenilworth. 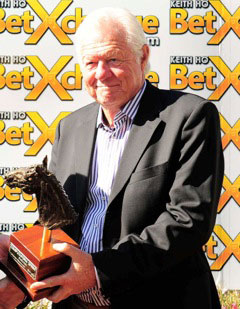 This Mambo In Seattle-gelding has shown good improvement in every start and was unlucky not to have got closer when fifth to Zambezi River in the Lanzerac Ready To Run Stakes as jockey Grant van Niekerk probably had to sit further back than they would have liked to as Peace Pact had to deal with a wide draw.

Drawn well in stall No 3 Peace Pact could get the run of the race and prove too good for these rivals.

There was only a couple of lengths between Milton (third) Blow Me Away (fourth) and Do Be Snappy (sixth) when they met at this track on 6 December and Blow Me Away was too far out his ground that day so can turn the tables on Milton but from his wide stall of gate 10 he probably won’t be much of a threat to Peace Pact.

Kirumbo, Interface Ace and High Arrow all have a say for minor honours.