Kannemeyer puts trio to the test

Trainer Dean Kannemeyer, who sent out a total of four winners in Durban and Cape Town last weekend, is hoping his purple patch can continue this Friday in the Betting World 1900 at Greyville. 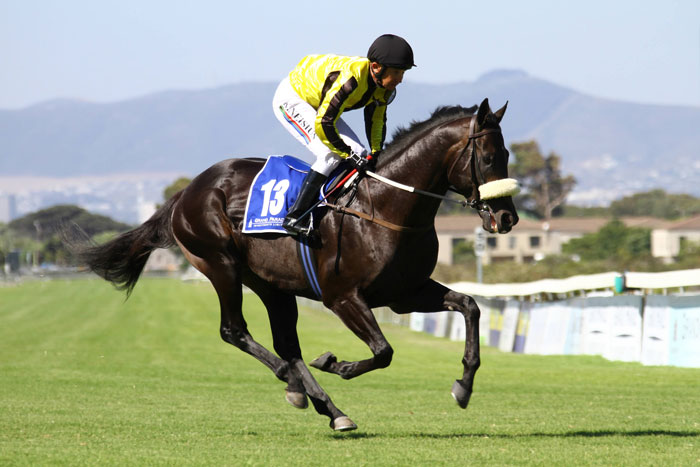 Kannemeyer opened a satellite yard at Summerveld in March and currently has 20 horses based at the Pinetown training centre, which he describes as “fantastic”. His KZN string will double after the province’s Champions Season.

“I’m pleased with the facilities. There are so many different tracks compared to Cape Town and the new barns are fantastic. Gold Circle has done a wonderful job,” he enthused, adding the Greyville Polytrack option would give his horses a broader scope of opportunity and that raiding on Johannesburg was easier from Durban than Cape Town. So far his business plan is working out well.

Many experts consider the Betting World 1900 to be one of the pointers to the Vodacom Durban July and all three of Kannemeyer’s Betting World 1900 runners, Power King, Solar Star and It Is Written, are among the entries for the country’s premier race.

Kannemeyer said how they fare on Friday will certainly determine whether they “make the cut” for the Durban July. “I’m putting them to the test. Hopefully it is a good, clean-run race at a nice galloping pace.”

Power King, joint 5-1 second favourite with Solar Star, is the proven runner in the trio. The five-time winning four-year-old won the first two legs of the Winter Series at Kenilworth last year and held form well afterwards. Kannemeyer was bullish about his chances in the J&B Met in January, expecting a first-four finish.

“However, he was a little disappointing in seventh. I’ve got to say, though, I was not quite happy with the way my horses were doing during the Cape summer season because we had a few upper respiratory tract problems. In fact, I hardly had any runners at that time because of it.

“Power King had a nice break and came back exceptionally well in a 1400m race, which I thought would be way too sharp. He beat Ice Machine, who went on to win the Drill Hall Stakes, and will be more comfortable over this trip.

“He’s thriving in Durban and, although he’s got a tricky draw (at No 11), he has earned his stripes. I hope it goes well on Friday.”

His other two runners have drawn well, Solar Star at No 2 and It Is Written in stall No 5.

“I’ve always thought Solar Star had lots of potential. He’s a big, scopey type of horse with a beautiful action. Sadly, he chipped knees and we’ve had to be patient with him. But he’s matured and has really done well – and he’s got the potential to get even better!”

The four-year-old has won both his starts since arriving at Summerveld, justifying favouritism in a 1600m Polytrack race with a one-length win over Bold Inspiration and following up in the Sledgehammer over 1750m at Scottsville, where he beat Dynamic (1kg better off) by 0.50 lengths.

It Is Written is another last-start winner but he has Kannemeyer in a bit of a quandary. “We’re trying to figure out his best distance. He won well over 1400m, which I thought was way too sharp for him – I think his best distance is from 1600m to 2000m, but need to put that to the test. If I’m wrong, I told his owner Fred Crabbia, we can always bring him back. He has everything in his favour on Friday and is thriving in Durban, so we’ll see how he goes.”