Take a trip to Rio

Punters normally get the better of the exchanges on the Polytrack at Greyville but they have their work cut out to find bankers at today’s meeting. READY TO WIN. Trip To Rio is expected to enjoy the jump to 1900m in Race 6 on the Greyville Ploytrack today. Picture: Supplied

The best race on the day clearly is Race 6, a MR 95 Handicap over 1900m. It is interesting to note the Mike de Kock yard has decided to step up the trip for their Trippi colt Trip To Rio.

This three-year-old has won two of his six starts. His first win was in a Maiden Plate over 1400m in October last year in just his third start. That win was quickly followed up later that month over 1600m on the Turffontein inside track.

Brought to KwaZulu-Natal a month later to contest a feature he was expected to do better but found Easy Lover 2.35 lengths too good for him.

Rested until April this year, Trip To Rio contested a handicap and was clearly in need of a run as after opening at a price of 8-10 drifted out to 33-10.

Never in the race Trip To Rio trailed home a modest ninth.

Jockey Anthony Delpech has stuck with the colt so maybe the suggestion was to try a bit further and put him back around the turn.

Visiting trainers continue to clean up in this centre so the two obvious dangers appear to be Dean Kannemeyer-trained Balance Sheet and Justin Snaith-trained Krambambuli. Balance Sheet improved significantly when winning at Scottsville this month but could be at his very best over that shorter trip.

Krambambuli probably needed his stable debut when only 10th behind Solar Star but his three-length beating by KRA Guineas winner The Conglomerate is form that must not be sneezed at. 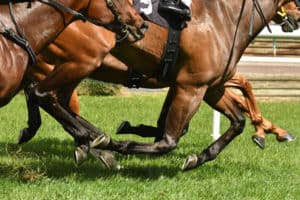 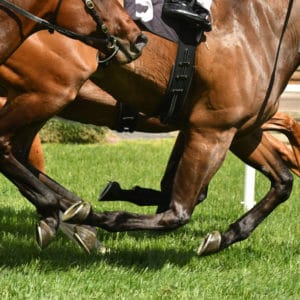 Can’t see a winner for the horses, but Kabelo is visible at the Vaal
14 hours ago
14 hours ago

Can’t see a winner for the horses, but Kabelo is visible at the Vaal
14 hours ago
14 hours ago