We are still a week away from the big race but we are already making our plans for the J&B Met at Kenilworth. 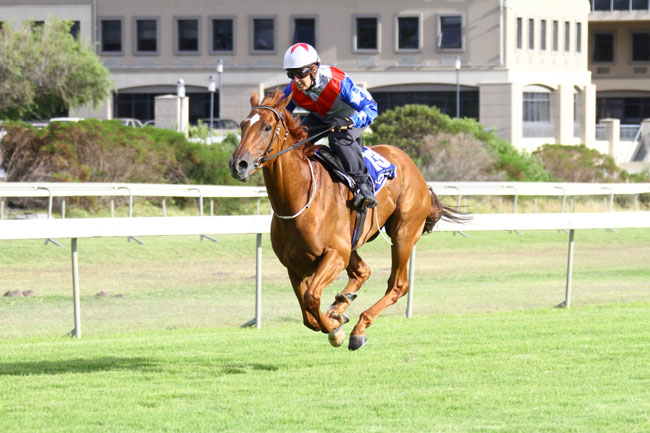 Our flights and accommodation is booked and the excitement is all building up.

It is a great meeting and is nice to attend. It is one of the races any jockey hopes to ride in every year. Sometimes a jockey will go down for just one ride which can affect one’s pocket, especially as there is a meeting up in Joburg on the same day. Most jockeys are prepared to give it up for just one ride in the Met.

It would be great if we raced Tuesday and not Thursday next week so we could get down early and enjoy the festivities if the week. Some might think why don’t I take off but it’s not a hobby, it’s a career and I depend on this for my income. If someone else takes your ride and does well, the owners and trainers might feel obliged to put him back the next time so it becomes a vicious circle.

I am riding No Worries. We were pleased with his run in the Queen’s Plate. Trainer Gavin van Zyl said his gallop on Thursday was good and his preparation has come on well. Unfortunately we have the worst draw and we have to hope everything goes well up to the day of the race and that the horse is capable of beating those top horses.

Even though we jump from barrier No 18 maybe it is an omen. I won the 2012 Durban July on Pomodoro from draw No 20 and maybe we can do it again from the widest draw.

Racing is again on the inside track at Turffontein today. Race 1 is a work riders’ event and as I like to lean towards good draws on this track my first choice is Chadderton. Lunar Legacy, even though she is drawn No 8, is my next choice as the Dianne Stenger stable is in good form. Keep an eye on Keep My Promise. She’s had shocking draws but can improve in this bunch.

In Race 2 I ride Tresco. To my amazement she’s favourite and in this field I give her almost no winning chance. The reason is that she’s only beaten Radio Sioux who runs well over 2400m and upwards while a horse like Sea Shadow has twice run second to Espumanti. Sea Shadow is the class of the race and she likes this course. What’s in her favour is that she could get a soft lead and keep on to the line. If you don’t think she stays then Undercover Cat will be the danger.

I rode Milynne last time and on form she has a chance. But I doubt whether she will see out the extra distance and she definitely was not striding out last time so I will pass her by.

Race 3 is the first leg of the Place Accumulator. It is a very open event and it contains a moderate bunch. I’m leading towards Gullwing. Even though he ran fourth on debut he was well beaten and the form has not worked out.

Another to consider is Fighting Force. I rode him when he ran a poor race but as he had run just two days before that so he had excuses. He just didn’t feel like running that day. But I’m not too positive about his chances as I feel he would be better over 1600m or further.

Maybe the next best pick is Son Of Approval. He has a good draw but has run better on the sand. You might need to put more horses as this is not the strongest of races. As this is the first leg of the PA you have time to keep an eye on the betting to see what is backed.

In Race 4 I ride Ziegls. I can’t see her having too much of a chance. She probably is not showing much at home and now she is going straight to 2200m in her second run. I’m not sure if she’s strong enough at this stage to run over the trip. I will go with the hard knockers.

My choices are Cristal Arrow, Poppy Field, Asiatic Pearl and maybe one also needs to put in Tinseltown.

For the Pick 6 the only other two horses to add are Tuscon Dream and French Approval.

I ride Oh Driscoll in Race 5. His form currently is not good enough so it’s hard to include him in anything. I’m leaning towards Tora Tora. He has only run twice so he has more scope for improvement than any other runner. He is drawn No 1 so I’m banking him in the PA.

The only other horse to consider, and he is 16-1, is Danesco. If you’re looking to get a bit of a payout then put him into the Pick 6.

I’m on Moon Of Rangoon in Race 6. There is some earlier form in which he ran well. He is now coming back in distance and I would like to see a return to form before I would consider having a bet on him.

The horse I fancy is Bezanova who has the most scope for improvement in this field. In the Dingaans he had to run off a terrible draw and still managed to run well. He had to be ridden from further back than intended so off a good draw this time he will probably be ridden in a more positive manner. He looks really smart and the right horse in this race. If you want to banker a three-year-old against these hard knockers then go ahead.

The only two horses I would consider adding into the Pick 6 are Captain Haddock, who loves the course and distance, and Brooks-Club, who I believe is better over the shorter trip.

I ride Rand Club in Race 7. His recent form is not that inspiring and I would be happy if he ran a place. My two PA horses are The Mutineer, who has good form, a good draw and the benefit of a 2.5kg claimer, and Winter Var, who also is drawn well and has form.

For the Pick 6 consider Atamasco and Quad Bay. Many of the other horses are running under sufferance which means they are out at the weights so you can go light in this race.

In race 8 I ride Schooner. We have a good draw but that form is not good and she wasn’t striding out last time either so I would be quite happy with a place. This is quite open so for the PA I will include Dirtydealing Mamma, Be Mine Tonight, Ice Goddess and Suzy Swift.

For the Pick 6 I would look at Krystle Carrington and Cosimcoolerthanyou. As it’s not a strong field I would include both of them.

In Race 9 I ride Light Years. His recent form is quite poor and I can’t give you much confidence. The horse to beat is Carlisie. I’ve been saying he needs the extra distance and he has a slightly better draw. I would consider banking him in the PA and perhaps even the Pick 6.  My one reservation is that he is a bit one paced so the inside track might not be in his favour.

For those who don’t want to banker in the last race I would consider Tiger Would, who is 25-1, and maybe Skyfall, who has the best draw.