Three-year-olds to be tested

She’s A Giver looks a banker at Turffontein. 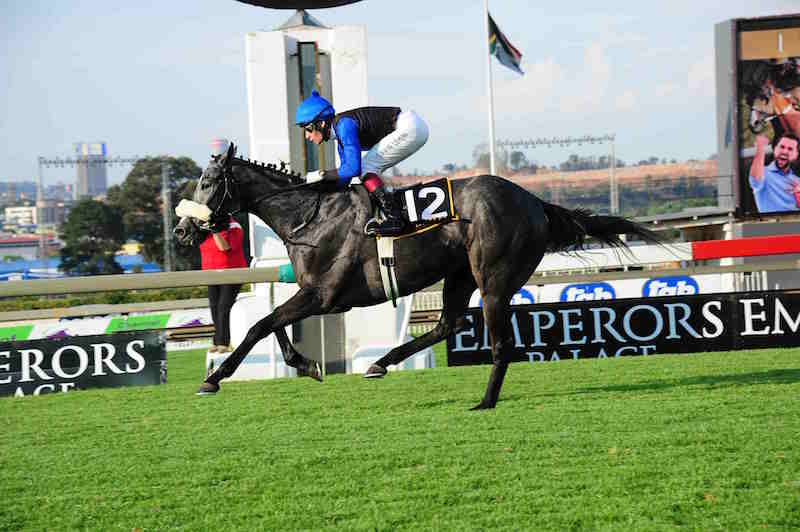 PIERE’S PICK: She’s A Giver, who runs in Race 6 at Turffontein tomorrow, is Piere Strydom’s best bet on the card.

Today we are back in Durban again for their premier three-year-old feature races of the season, the R2-million Daily News 2000 and R1-million Woolavington 2000 for fillies, both Grade 1 races over 2000m. There are quite a few three-year-olds entered into the Vodacom Durban July on 1 July and this should give us some indication of what they are capable.

The main contender for the Daily News has to be Al Sahem, who is currently joint favourite for the July, and he looks sure to fight out the finish in this race. What is a bit of a concern is that he takes a while to get going and I’m not sure if the tight Greyville track is in his favour, but he has the class to overcome that obstacle.

His main danger is Edict Of Nantes and he should have no problem with the track as he does seem to have pace and can quicken. But it does not end there. A lot of these runners have finished close together and others who are worth looking at are Africa Rising, Pagoda, Zodiac Ruler and Copper Force. For the PA go with Al Sahem, Edict Of Nantes and Africa Rising and for the Pick 6 put all of them in.

I ride Dark Moon Rising who has only had three starts. He takes a massive jump in class and it could be asking too much from him. Hopefully he won’t disgrace himself and could be a horse to keep an eye on for the future. Unfortunately he also has the worst of the draws.

There are many with chances in the Woolavington 2000. Your highest merit rated horse should come out on top but on this occasion I have moved away from that principle and made Safe Harbour my first choice. The main danger could be Orchid Island with the other obvious choice being best-handicapped Gimme Six.

Other contenders are Smiling Blues Eyes, who has not produced her best form since winning the Gauteng Fillies Guineas, and Wind Chill, who has beaten many of those mentioned but has a bad draw. Others with chances are Final Judgement, Oriental Oak and Epona.

For the PA Gimme Six, Safe Harbour and Orchid Island should see you through while all the others mentioned need to go into the Pick 6.

I ride Lady Of The House who is well held on numerous runs and has her work cut out to place.

Race 6 is the Grade 3 Lonsdale Stirrup Cup over 2400m and you could have a possible banker in Banner Hill. He has been entered for the July and has beaten most of these horses. The dangers look to be My World and Hyaku. I ride Captain Splendid who is well held and I would be pleased if he found a place.

Tomorrow we are back at Turffontein where will be running on the Inside track. All races are run around the turn so don’t forget inside draws are paramount.

Race 1 looks interesting as we have Orpheus who was an impressive winner of his only start. He could improve, but the danger is Mujallad who has already competed in a feature race. I was hoping to ride Flying Free who won his last start comfortably but I did pick up the ride on Puget Sound although he has not raced for many months.

Race 2 is another Juvenile Plate and as these are still young fillies they tend to improve at various rates. I ride Star Profile who must have a decent chance but the horse we may all have to beat is Silver Thursday. She beat Star Profile on her debut but then ran well below form, so you could banker Silver Thursday in the opening leg of the Place Accumulator or otherwise include Star Profile.

In Race 3 I ride Varimax who ran a very good race first time out. Hopefully he can make more improvement but a concern has to be that he started off racing over 1450m and now he is coming back to 1200m, and the fact he has a bad draw will not help either.

If that is a worry you can either include Phillydelphia or first-timer Duffield, should he attract any money.

Race 4 is a small field and therefore Serene Countess could be a PA banker. She had a bad draw first time out and finished strongly. She is, however, going from 1200m straight up to 1800m so it might be sensible to include Savethebestforlast in the PA.

For the Pick 6 you could also include Splashy who is expected to improve over this distance although the form is not that strong.

Race 5 is a handicap for fillies and the draws make it quite difficult. I was hoping to ride Succesfilly but maybe I picked up a better ride from the Roy Magner yard in Winter Watch. It’s hard to compare two-year-old form to that of their elders but she was beaten not too far in a feature last time out. This is around the turn so No 10 draw is not in her favour. She also has a huge weight of 61.5kg.

Fortunately my two dangers, Cataluga and Moss Gas, are also drawn badly. Those three could be good enough for the PA but for the Pick 6 include as many as you can unless you are happy with those mentioned.

Race 6 is a Graduation Plate and that favours your highest rated runner. In this case that goes to She’s A Giver who on form should win this comfortably and is a PA banker. However, she has not run for a couple of months but if anywhere near top fitness should be hard to beat.

She should also be a Pick 6 banker but if you are looking beyond her include Shukamisa and Daffiq, who has just been gelded.

Race 7 is handicap and currently, with the track running fast, a good draw is a huge advantage. Cashin could be a banker, possibly in the Pick 6 but definitely in the PA. If you want to look further go with Unagi who is unbeaten in three starts over the course and distance, and maybe Trading Profit, although I think he is better on a longer straight.

Race 8 is another handicap and looks quite competitive. My first choice is Military Award who has run well against decent opposition and draw No 1 has to be a huge advantage. His danger could be Pilou, even though he has just broken his maiden. Seventh Of June could be on the upgrade and might also need to be included in the Place Accumulator.

Of the others Duzi Moon and Tendre must be considered for the Pick 6.