Starpath in Race 6 is another banker possibility but Happy Pills is a big danger.

BANKER: Cat’s Whiskers, pictured posting her only win, has the best form of all the runners in Race 9 at Turffontein today and should be bankered.

Now and again the going – how the racetrack runs – comes into play in our business. For example, if a horse has any soundness problems, then at this time of the year they become a bigger issue because, naturally, the going is not as spongy and forgiving as in the summer months when we have rain.

Unfortunately on the Highveld and in Pietermaritzburg at this time of the year we also tend to have a lot of divots and these obviously make running unpleasant for the horses because the track is uneven. Plus there is kickback, which is an annoyance.

I rode Brutal Force the other day at Scottsville and he came back with a puffy and swollen eye, caused by the kickback.

There have also been some issues at Greyville. Probably 90% of the track is in good condition but there are two bad patches that are definitely affecting certain horses and that must have an impact on the results.

I’ve had some people ask why we don’t race around the patches. Unfortunately, at Greyville all the races are around the turn and there’s no way to avoid them. I’m hoping Greyville will be sorted out before the big meeting on 1 July.

Another factor that comes into play at this time of year is that when the track becomes very firm, it becomes very fast. So a horse who might not quite see out a distance, say 1000m or 1200m, will be able to sustain his run a lot longer.

Today we’re racing on the Turffontein Inside track and we kick off with a work riders’ Maiden Plate. The horse with the best form is Pilgrim’s Progress. She is drawn a little bit wide and is only a two-year-old so it’s difficult to be positive, but the field is quite weak and she could start your day off well. The dangers would probably be the older horses, Greek Honey and Advance To Go.

In Race 2, a Juvenile Plate, the horse with the best form is No More Words. The horse who finished immediately behind her last time out came out to win on Thursday and with the benefit of No 1 draw, she must surely be a hard horse to beat. There are unraced horses, of which I’m riding Mrs O. She has the worst of the draw and on this type of going it’s a huge advantage to have experience. I must say, though, when I was booked for the ride I was told Mrs O is a nice filly.

Race 3 is another Maiden Juvenile Plate for fillies, this time over 1450m. The horse with the best form is Alraune, who I was hoping to ride but, unfortunately, I couldn’t get on. I am riding an unraced horse for the Mike Azzie yard called Cloud Nine.  They think she is a nice filly. But once again on this track and distance will suit those horses who have raced before. Alraune is very quick out the stalls and with previous racing experience she should overcome a bad draw quite easily. She has already had many chances though, so it might be wise to include Shamrock as a back up in Place Accumulators.

Race 5 is another Maiden Plate, this one over 2600m. Like in Race 4, none of these horses has exceptional form and they have all finished very close to one another in the past. Therefore in the Place Accumulator include Young Eagle, Miesque’s Rumba and Discoveror. For the Pick 6 put in as many as you can afford.

Race 6 is another tough race with many having chances. For the Place Accumulator include Starpath and Happy Pills. Both have more scope for improvement than the rest of the field. I’m riding Happy Pills who, unfortunately, always jumps slowly and on this track that’s not in his favour. Therefore Starpath could be a possible banker. Other to consider would be Trip To Rio, Fangia and Nephrite, who I’m not sure stays this distance.

Race 8 is another tough handicap but my selections are Captain Chips, Var’s Your Daddy and Black Cossack. Those three could be good enough for the Place Accumulator but for Pick 6s also consider Prince Of Kahal. He’s going extra distance now and I’m not sure he’ll see out the trip. I’m riding Ben Shea who after his Maiden win has shown moderate form. I’m hoping for improvement.

Race 9 is another handicap for fillies and in such races you often get upset results. However, on this occasion the race offers the best bet on the card – Cat’s Whiskers. I tried to get the ride to no avail. She has the best form in this field by far and the fact that she’s drawn No 2 over 1200m gives her even more of an advantage. So she is a banker in all bets. 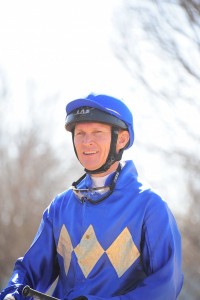 Another Public Protector report in the bin: Court victory for horse racing industry
2 months ago
2 months ago

Another Public Protector report in the bin: Court victory for horse racing industry
2 months ago
2 months ago