Only To Win looks best bet on Turffontein card. 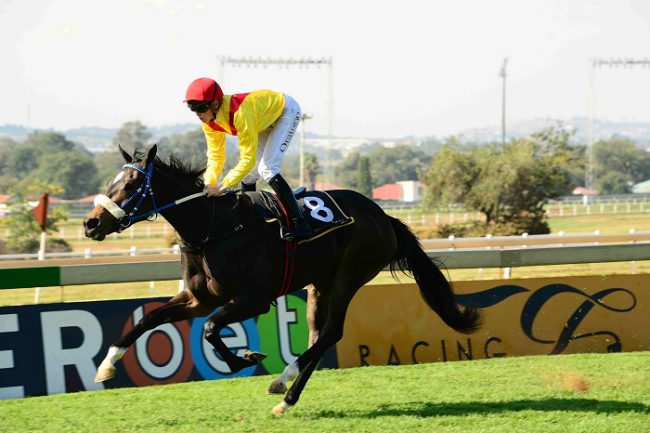 Piere Strydom rates Only To Win in Race 5 as his best bet on today’s Turffontein card.

In the modern world you need to promote your product and you need that message go out to the masses. As regular racegoers we all watch our sport on one channel which does not always get our message out to the rest of the world.

At the moment we are preaching to the converted but to bring new fans into horseracing we need to market ourselves to a wider audience. About a month ago I recorded an interview with Dr Ali Bacher in his “In Conversation” series and it is great to see the discussion appearing currently on other DStv channels.

Hopefully it could help change some people’s perspective of racing that it is not all about gambling but also about individuals who have their own goals to fulfil.

In the old days the build-up to the Durban July started so many months ahead and you could not wait for the big day to arrive. These days it does not appear to have the same pre-race appeal, but having said that, every year the pools are breaking records so the event itself still has massive attraction.

I want to also congratulate Dr Bacher because when we first spoke he admitted to knowing nothing about racing. However, he certainly did his homework and asked some thought-provoking and probing questions. I hope my responses were equally interesting and provided some insight into the life of a jockey.

Racing is on the Inside track at Turffontein today and Race 1 is a Maiden Plate where my first selection is Captain My Captain. On best form he should be a certainty. Not only does he have strong form but is also drawn No 1. Unfortunately he has not run for almost eight months and therefore his fitness could be questionable.

The danger could be Piaget Prince.

Race 2 is another Maiden Plate where the lightly raced Hurricane Lass looks the horse to beat. She finished just over one length behind La Bastide in her second start and obviously has more scope for improvement.

Her danger could be my ride, Serendipity, but I feel she could be more effective over 1400m.

Race 3 is another maiden field over 2600m but most of these have had many chances. My first selection is Sea Lord who is a lightly raced four-year-old and could improve further.

He already has the best form in the race and could be a possible Place Accumulator banker.

If you look past Sea Lord it is a very open race and anything could have a chance but my next two choices are Michael and Graf Spee.

Race 4 is a stakes race, which favours the better handicapped horses, and this honour goes to Parisienne Chic but it is hard to assess her chances as she is taking on the colts, has not raced over this 2600m distance and was found not to be striding out last time. She needs to be included but she is no banker.

The next best rated runner is Save The Rhino. He does have the form to beat this field and could be a Place Accumulator banker.

For the Pick 6 consider Elusive Flyer, as he has probably been running over distances short of his best and has been dropping in the rating.

Race 5 is quite a difficult race as most of these are young fillies who have not had many runs and could still improve. The majority have just won their maidens and even then, did not compete against the best runners.

Therefore you could have another banker in Only To Win who finished second in her last start, her first run after winning her maiden.

Only To Win could also be a Pick 6 banker but if you’re looking to beat her the danger could be Curbstone Shuffle. I thought she would be hard to beat last time but she struggled to keep up to the field so maybe the fast inside track with the short run-in might not be what she’s looking for.

Race 6 is another fillies’ handicap and the horse with the best form is Silver Thursday. She finished second last time out in a race from where there have been a couple of winners already.

She could be a PA banker but as she has not raced for three months you should probably include My Friend Lee who ran well last time out over a distance too short.

Those two should be good enough for the PA but for the Pick 6 consider Pool Party.

I ride Comme-Ci-Comme-Ca who is well held by Jo Mambo on three different runs but I’m hoping to be pleasantly surprised.

Race 7 is another stakes race where the top rated horse has an advantage. In this case it is my ride, Hat Puntano. It is difficult to assess how accurate that rating is as this is his first run after being imported from Argentina. He is drawn wide and he will be having his first outing since July last year.

I imagine this race is being used to assess his ability and to see which races he should be competing in down the line.

As he is an unknown it might be wise to lean towards what we do know and go with fit horses with good draws, a huge advantage on this track. Therefore my first choice would be Amazing Strike with the dangers being Irish Pride and Romany Prince. These three could be good enough for the PA.

For the Pick 6 include those as well as Hat Puntano with Shukamisa and Chilli Con Carne and Tandava, who I rode to victory last week and is currently in top form.

Race 8 is a tricky handicap and therefore you could consider the field for the Pick 6. But for the Place Accumulator pick any of Rebel Baron, Sabre Dance, King And Empire and Jackman.

The same would apply in Race 9, where many horses have chances. For the PA consider any of Barbados Cruise, Tom Fool, American Tiger and Scotland.

For the Pick 6 other inclusion could be Yer-Maan, Hypothermic and Ali Bon Dubai.