Piere is aboard Finchatton

New Predator is the horse with the best form and a good draw. 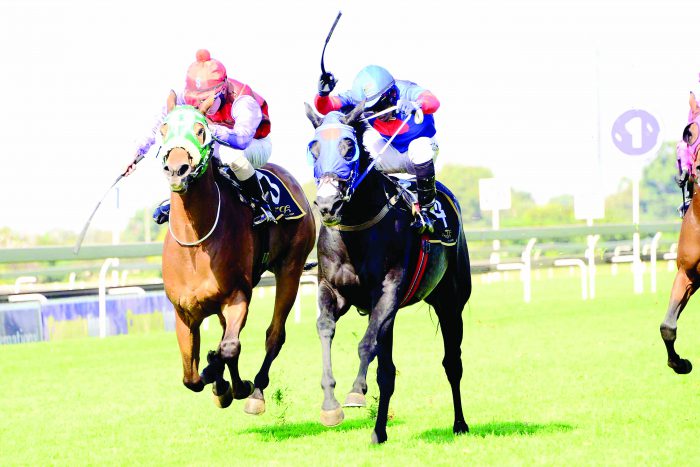 PICK-UP RIDE. Piere Strydom will be riding Sean Tarry-trained Finchatton (right) in today's Peermont Emperors Charity Mile at Turff ontein. He got the ride after Callan Murray was badly bruised in a fall at Fairview yesterday and is unable to ride at the meeting.

Today we’re at Turffontein for one of our big feature race meetings on Highveld with the R1-million Peermont Emperors Palace Charity Mile the main event.

It is always exciting to have these big meetings and the celebrities add to the glamour. As jockeys we feel there is a lot more tension, excitement and expectations and we hope to perform to our best as the charities are depending on us.

I picked up a last minute ride in the Charity Mile on Finchatton after Callan Murray fell at Fairview yesterday. The good news is that he is well off on his last run with favourite New Predator but New Predator will improve from that run.

The bad news is that Finchatton has a shocking draw. As a result I’m going to be sitting quite far back and I hope he is good enough to make up the ground. However, he is a horse to stick into bigger perms.

The race is quite strange in that there are a lot of horses who will need the run and a lot of good horses with bad draws, so you can cut it down to just a few runners who have winning chances.

My first choice is New Predator and a good draw is definitely in his favour. His dangers are probably Classify off a low weight and Irish Pride, who is dropping quite a bit in his merit rating. The main factor is that these horses are all racing fit.

Those three should be good enough for Place Accumulator but for those who want to cut down even more, New Predator could even be a banker.

For Pick 6 others to consider Finchatton and Social Order, who is lightly raced and can improve.

Going back to Race 1, of the horses who have run, Lobo’s Legend looks to have strongest form. He has not run since June and the fact there are many well-bred, unraced horses in this field makes it too difficult to find an outright winner. It would be wise to keep an eye on the betting.

I ride Premier Show who I’m hoping can run into the places in what is a competitive race.

Race 2 is another difficult race with form horses being Nautic Spirit and New Zealand, but my first selection has to be unraced Shufoog. She was due to run a couple of weeks ago but played up in stalls and was scratched but I did have a good look at her and she definitely looks better than your average maiden horse.

The first leg of PA is another tricky Maiden Plate but Hafla ran on from a hopeless position last time and can only improve. Also add Some Song into the PA as she ran against a strong field of winners last time.

Race 4 is the tricky Yellowwood Handicap over 1800m and there are a number of horses who can produce goods. Taking form and draws into account my first selection is Al Danza. She’s had some shocking draws of late. The dangers are Runalong, Royal Utopia and Bi Pot, whose been running a bit below her best of late. Those are my PA horses but for the Pick 6 consider Tambalang and Cascapedia.

Race 5 comprises some very nice three-year-olds and a few of them could compete in top races in the coming seasons. My first selection is Wonderwall as he has the strongest form by far. Unfortunately he does not have a good draw but he’s got a lot of early gate speed and therefore has a good chance of overcoming the bad barrier position.

His main danger is my mount, Surcharge. He gave me a really good feel last time but he has a shocking draw and being a sluggish starter will not help him over this course and distance. I’ve has many people say to me I overcame No 20 draw twice to win the Durban July but there’s a big difference when a race starts on the turn compared to a race were you have 800m to overcome the draw.

I will be trying my very hardest as this is a very big stake for myself and the connections. Another possible danger is Puget Sound, who last time had a bad draw and overraced and a good draw will benefit him quite a lot. Another runner could be Big Bear who also has a good draw and was very impressive last time out.

Another runner with a high merit rating is Brave Mary but I’m not sure if she will be able to see out distance.

However, Wonderwall looks tough to beat as he competed against some strong Charity Mile contenders and easily beat them.

Banker him in PA and I would also banker him in the Pick 6 but if you don’t want to, include Surcharge, Puget Sound and Big Bear.

Race 6 is the Starling Stakes for three-year-old fillies and the two who stand out on form are Folk Dance and Silver Thursday. Folk Dance has not run for a while and is drawn wide so that makes Silver Thursday a banker in all bets.

I ride Spring Breeze who is held on form but with a bit of luck could have a chance of beating this field.

Race 8 is the Graham Beck Stakes for three-year-olds and the horses with the best form are Flying Free and Hakeem. Unfortunately both are drawn badly. But others with good form to consider are Zen Arcade and Prince Of Kahal who was unlucky not to have won last time.

Those four need to go into the PA but as this is a competitive race include as many as you can in Pick 6.

I ride Orpheus who tends to overrace and might just enjoy the shorter distance. He also has a good draw which will help quite a lot.

Race 9 is the Golden Loom Handicap for sprinters where it is a case of the older brigade taking on the youngsters. It is difficult to compare age groups but Alfolk finished right behind the older horses two runs back and has a lot of scope for improvement.  He and Pera Palace are my main fancies with Barrack Street not far behind.

Older horses with best chances would be The Thinker and Isphan. For the PA consider three of those mentioned and for the Pick 6 put in all of them.

I ride Rivarene who has been quite a handful in past and unfortunately (for him at least) he’s been gelded. Last time the starter took a bit too long to press the button and Rivarene fluffed his lines completely so hopefully he will be better behaved this time.

Race 10 is another handicap with a couple of quality youngsters. My first selection is Mujaafy who won his first start really easily. In saying that he beat a very weak field whereas horses like Whorly Whorly and Arianos Bagofgold have run in features. These three should be good enough for second Jackpot.

I ride Torre Del Oro who could place but has not beaten this level of field before.

Race 11 is a Maiden Plate with numerous horses having chances. My selections are Double Mink, Judd’s Rocket, The Bee Eff Gee and Go Green. I ride National Aim who is held on form but did run second in a weak workriders’ race last time. Hopeful he makes some improvement and at least No 1 draw gives him some sort of advantage.

Race 12 is another maiden field but on this occasion we probably have one of the better bets on the card in Twirl. Depending on how you are doing on the day you can either get out of trouble or increase your profits. The dangers look to be Roman Ballerina and maybe an unraced runner.

I ride Zulu Dawn who will need to improve a couple of lengths and a bad draw is not going to help. 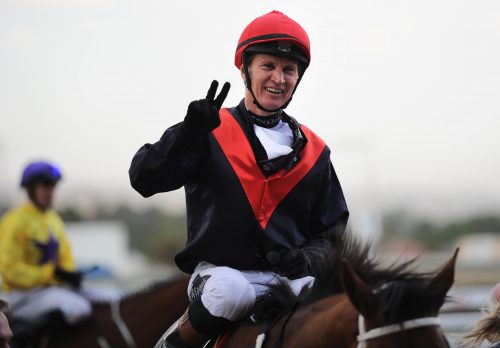