Corsetry: The truth behind the myths

We all remember that scene in Titanic where Kate Winslet is being laced into a corset. The way she gasps as it's tightened makes it look more like an instrument of torture than a fashion item. However, this is far from the truth. “A lot of women wear a corset under their corporate wear,” says corsetiere Arwen Swan.

“Doctors also wear them as they offer back support, and lawyers wear them to improve their posture and confidence.”

Swan has run a successful corsetry business for 14 years and has something of a cult following. Her unusually decorated studio in Parkhurst is filled with corsets that resemble works of art, covered with beautiful patterns, intricate stitching and silky ribbons.

“I am the only corsetiere in the country and I am self-taught. My background is fine art, but I grew up building stuff. My father was in carpentry and I majored in fine art. Medicine is also a lifelong passion for me, but I couldn’t become a doctor – sick people scare me,” she says with a laugh.

“Unless you start off very young, a corset cannot make any permanent changes to your body. Your organs do move around when you wear one, but it’s safe. They move in the same way that they do when a woman is pregnant, though that’s very slow. It’s very difficult to hurt yourself with a corset.

“Most people can comfortably lace down by three inches. All you’re doing is pushing down a bit of fat.”

Corsets have always had a bit of a bad name. If people aren’t writing them off as a health hazard, they are relegating them to the realms of bondage and fetish fads. Swan clearly finds these views frustrating.

“Damage from corsets is mythical,” the corsetiere says emphatically.

“They have never caused any kind of permanent damage. I believe in education. I base my opinions on facts, not emotions. In the Victorian era, women and their fainting fits were either looking for attention, or had consumption.

“What we do here is haute couture – it’s a very specific niche. We’ve been going for 14 years and have quite a specific style. We don’t do fetish fashion here. I don’t like the sub-culture and I don’t like the fashion.

“Locally, a lot of people will send a subordinate to get a corset and demand that they get tight-laced. There is a lot of non-consensual stuff going on in South Africa. When people tell me that they want to get into fetish fashion, I tell them that they will be stuck making ugly black PVC outfits!”

Contrary to popular belief, corsets have many positive health benefits, but that’s not the only reason that women should wear them.

“For the most part, women want a corset because it looks beautiful. It’s like armour, and feels like a hug all over because it is comfortable. You feel good because everything looks right,” says Swan, who is pedantic about her own appearance and describes her personal style as “Edwardian”.

“You’re not going to eat junk food because you can’t. You won’t eat fatty food and you have to eat properly. It helps with willpower and it keeps you in check.” 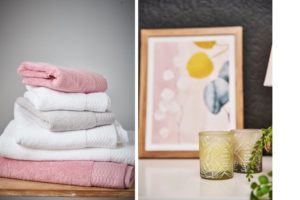 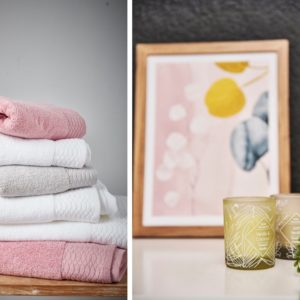 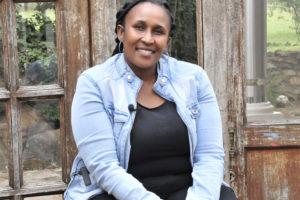