Cassper Nyovest makes history again by doing what a lot of South African artists don't even dare to try. 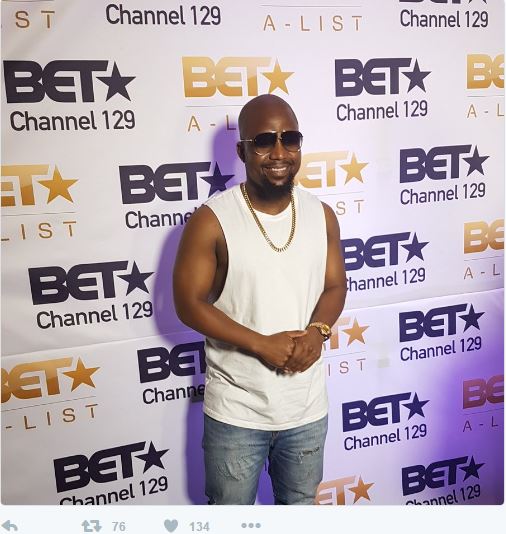 After managing to fill up Orlando Stadium, Cassper Nyovest announced that he now has a new single called #Abashwe.

The song, the talent indicates, “is for everyone in the hood.”

In the song, Cassper speaks about how success doesn’t need a Visa. The hip-hop star says all he is trying to do is bring a little hope back in the hood, and encourages young people from the township to never stop dreaming.

Meanwhile, naysayers and haters have to swallow their pride and give Nyovest a deserving standing ovation because the ‘Mama I Made It’ hit maker brought Orlando stadium to a standstill on Saturday with his extremely successful  #FillUpOrlandoStadium concert that some thought wouldn’t be a victory.

“I want to serve the God that Cassper prays to,” said popular presenter Siyabonga Ngwekazi.

“I think what Cassper is doing is monumental, as most of his moves and his steps, and I think it’s just big.

“Our generation just cannot believe how huge this is, and its magnitude, and how it brings everybody together. It’s not just about him, but so many aspects of this country; not just music,” he said.

The event that was packed with Cassper Nyovest fans, music lovers, artists from diverse parts of the entertainment industry and media was a sight that most will never forget, and a memory that must have surely inspired many to dream big.

Radio and television presenter Sizwe Dlomo explained how the concert proves that Cassper is treading where many artists won’t risk walking.

“He is doing what guys that have been in the game for three decades never dare to do. I was speaking to DJ Fresh and he was saying that it has to be that other artists are being comfortable of living within their comfort zones,” Dlomo explained, adding that most Mzansi artists are comfortable collecting bookings and taking a pay cheque that is guaranteed.

“We don’t want to risk anything. What Cassper has done with FillUpOrlandoStadium shows people that anything is possible. It’s so weird, but I remember the time he used to take a taxi to come debut his music, and to see him be the artist that he is now and knowing where he comes from is surreal,” he said.

Sharing Dlomo’s sentiment, musician and Skwatta Camp group member Siyabonga ‘Slikour’ Metane said he admires Cassper for putting his money where his mouth is, something many artists fail to do. “This is a true test of how big a brand is,” Slikour said of the concert.

“Until we see anybody else do what Cassper has done, no one else is bigger than him. He has got a vision and he is driven. He has perseverance and he believes in his own hype from a productive perspective, and when you have that, you can’t lose,” Slikour added.

“What Cassper is doing is good not just for the culture of hip-hop but music in general. He is one of the very few people to get the entertainment industry all in one room. The initiative is extremely important. It sets the right tone and forces guys to be better. People don’t know that there is a lot of work that he put in before he blew up and before the Gusheshes. He is a guy who knows his objectives and is clear about that. For that I will always come out and support him,” explained Club 808 presenter and actor Lawrence Maleka.

“Refiloe [Cassper] always wanted to be famous. He always wanted to be big. A lot of people think he blew up overnight but he has been under the radar for a while. I knew about Cassper five-years before I met him. That is the hustle he had. It’s just that people didn’t know about him,” hip-hop artist Amunishn (Amu) pointed out.

Besides a few silent moments between Cassper’s performances that provided a bit of an anti-climax to the show, one really struggles to fault the concert for anything. The stage was epic, the numbers of the audience allowed him to call the show #FillUpOrlandoStadium without being embarrassed, and the line-up left the crowd dancing until the early hours of Sunday morning, with a few topless fans throwing themselves on stage just to be close to the artist.

While Cassper took the stage with his favourite artists, such as the likes of Riky Rick, Emtee, Nasty C, Doc Shebeleza and Sister Bettina Mgarimbe , the crown went insane when ‘Wololo’ hit-maker Babes Wodumo  and Big Nuz’s Mapintsha took the stage and performed their new song. Other artists that entertained the crowd included Nadia Nakai, DJ Shemza and Major League DJs, among many.

Cassper says next on the list in 2017 is FNB Stadium.