A life worth living

"I am not a South African. I may not have experienced apartheid, but as a black woman, I certainly bore the pain of it," says British singer-songwriter and three-time Grammy Award nominee Joan Armatrading. 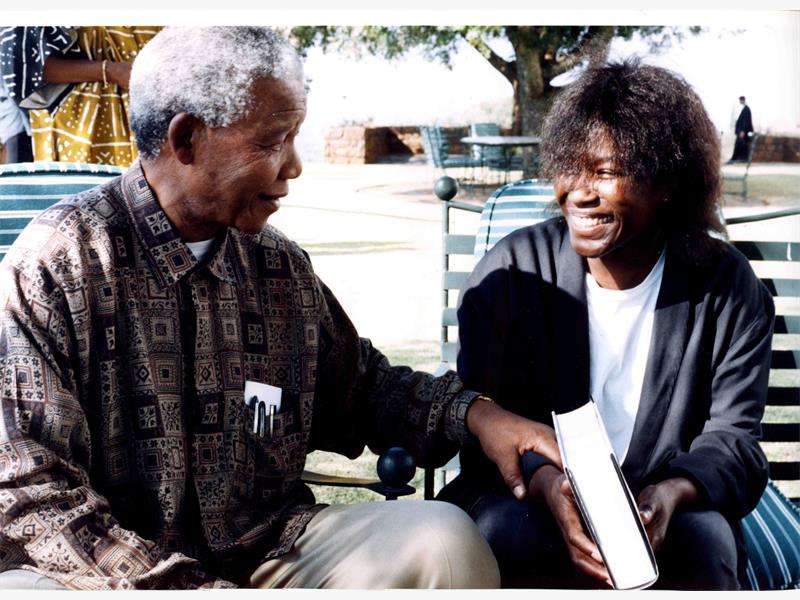 She will return to South Africa this April to celebrate our 20th anniversary of democracy. Armatrading has visited South Africa on numerous occasions, and met and performed for Nelson Mandela before his passing.

“Just one look at him and you could see the kindness,” she says.

“I feel honoured that they [concert promoters] asked me to perform now, 20 years later. It’s a celebration of Mandela’s legacy, because without him, things would not have been resolved.

“I look at the way he lived his life and the things he accomplished and I think to myself, that is how we ought to live. Let’s forgive but let’s not forget. Let’s learn from our mistakes and move forward.”

Despite a recording career spanning 40 years, things weren’t always great for Armatrading. Born in 1950 to a carpenter on the Caribbean island of Saint Kitts, she was the third of six children. She left school at age 15 to support her family, and was fired from a job shortly after for taking her guitar – given to her by her mother – to work and playing during her tea-breaks.

“My mother was such an inspiration,” Armatrading declares.

“She was a good Christian woman and others put others first. She reminds me a lot about the kind of person Mandela was, and ultimately the kind of person I want to be. She exchanged two of our prams to get me that guitar from the local pawn shop.”

Although Armatrading’s father had played in a band in his youth, he hid his instrument, forbidding his children from touching it. Nevertheless, Armatrading went on to become a global success with 18 studio albums to her name.

When asked what’s kept her going for so many year, she says, “I’m alive. Don’t need much more than that. I look around me and see so much beauty, people living their lives, the birds singing in the background, you can never run out of things to be grateful for.

“Oh, I’ll never run out of things to write about, and as long as I’m alive and mobile I’ll continue to do so. It never gets boring either, every day is a new day which means new experiences. Every show is a new opportunity too. Different audiences, different responses.”

Together with the rest of the Anthems Of Democracy line-up, Armatrading will pay tribute to Mandela and many other South Africans who incited change in our country. Their songs and poems became anthems for the struggle, and especially for those who stood up against the regime at great risk of being detained.

Additionally, inspirational true tales will be narrated on stage by storyteller and author Gcina Mhlope.