The event was held at SuperSport Park Stadium in Centurion on Saturday. 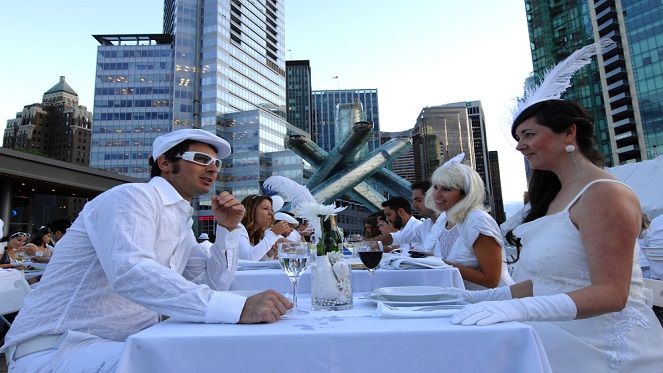 Celebrating its fifth anniversary this year, The Grand White Dinner – created by the Global Holi One Colour Festival – has been hosted by the ever-so-extraordinary Bonang Matheba across major cities in South Africa, with each location only revealed on the morning of the event.

The event, which has so far taken place in Cape Town (on February 24) and Johannesburg (April 7), was held at SuperSport Park Stadium in Centurion on Saturday – affording Matheba yet another opportunity to do a splendid job, kicking off the Grand White Dinner Pretoria series in all white.

“The Grand White Dinner welcomes everyone. All we ask is that guests dress in all white. The most important purpose for our event, however, is to bring people together.

Although the rain was threatening to ruin the celebration, guests did not experience any major disturbances, with festivities going ahead without a glitch.

The crowd was entertained by some of Mzansi’s best loved musicians. Dressed to suit the all-white with a touch of blue theme, Lady Zamar set the SuperSport Park Stadium lawns on fire with her performance, singing fan favourites and not giving the crowd any other option but to dance their hearts out.

Kelly Khumalo took the masses down memory lane with her music. Swazi musician Sands took the stage – energetic as always – and gave fans different renditions of his song Tigi.

Heavy K sealed the event with house tracks that left the crowd begging for more.

Guests were allowed to bring their own picnic baskets to the Grand White Dinner, which ran from 2pm to 10pm.

The next event will be held in Durban on Saturday