Malema celebrates his 40th birthday with an intimate birthday dinner at his home. 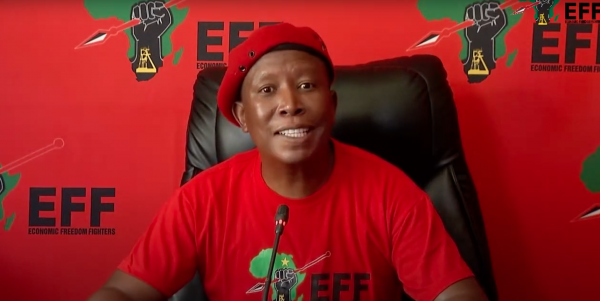 Commander in Chief of the Economic Freedom Fighters, Julius Malema celebrated his birthday on Tuesday, the 2nd of March, with a joyful intimate celebratory birthday dinner.

The leader of the EFF reached a milestone in his life and turned 40 on March 3. He was showered with a lot of love on social media, with birthday message pouring in from friends and loved ones who could not resist the urge to show the Freedom Fighter some love and appreciation.

Happy birthday President @Julius_S_Malema. You are an inspiration to us as African youth and I wish the almighty God bless you with many years to keep up the good work that you have been doing since the 1990s. Thank you for fearless leadership. #MalemaTurns40 #HappyBirthdayCIC pic.twitter.com/yPPZFbJt0b

A hearty 40th birthday to CiC…..we love you, Africa loves you….progressive and revolutionary internationalist around the world love you….Iooking forward to your 80th birthday….. #HappyBirthdayCIC pic.twitter.com/OcbFG5UAFo

The 40 year old political party leader shared a 9 minute video with his 453k followers on his Instagram page where he gave a sneak peak of his birthday dinner.  In the video, Ringo Madlingozi is singing and performing for the dinner party, and Malema’s guests are singing and dancing along to the performance.

The joyous event was attended by Mbuyiseni Ndlozi, Advocate Dali Mpofu, FLoyd Shivambu, and a few others.