Focalistsic's 'Ke Star' has been picked up by 'Bad Boy' as a hit in a video posted on Instagram. 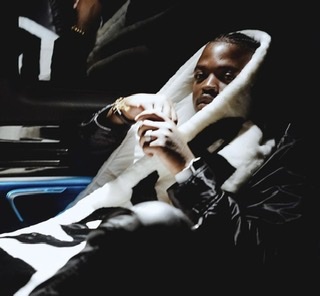 The 24 year old, Pretoria born and raised artist, Focalistic has taken the world by storm with the remix of his hit single Ke Star with Nigerian-American artist Davido and South African producer Vigro Deep, and Diddy has given the song a stamp of approval in a video that he posted on his Instagram stories.

The original song was released late last year, and immediately became one of South Africa’s December summer anthems. During Foca’s trip to Nigeria earlier this year he collaborated with Davido, releasing the remix of the hit single. The song quickly became a hit across South Africa and Nigeria, and soon after the music video of the Ke Star remix was released, with listeners across the globe showing love to the remix, and posting videos of themselves dancing and singing along to the song on social media.

Focalistic took to Instagram to share a post with his 832k followers, announcing that the hit remix has made it to the Official Global Billboard Charts, taking the number 16th spot. The artist has collaborated with a few artists before, namely Cassper Nyovest, Riky Rick, Dj Maphorisa, Kabza De Small, Moonchild sanelly, and many more.

American rapper, producer, record executive, and entrepreneur Sean John Combs, also known as P. Diddy has shocked his South African fanbase with a post of  a video of himself dancing to Focalistic and Davido’s (featuring Vigro Deep) Ke Star remix, on his Instagram story.  The American icon is seen by his 17. 6M fans “vibing” in the video, on a white sand beach with a few of his friends, and the song is playing in the background.

Diddy dancing to Ke Star is how I needed to start my morning. pic.twitter.com/vTzVebsUhX

Diddy has posted videos in the past of himself listening to other South African artists such as Amapiano artist Kabza De Small, and producer, songwriter and DJ Black Coffee previously.