The royal family is never far from the news or controversy and this week was no different. 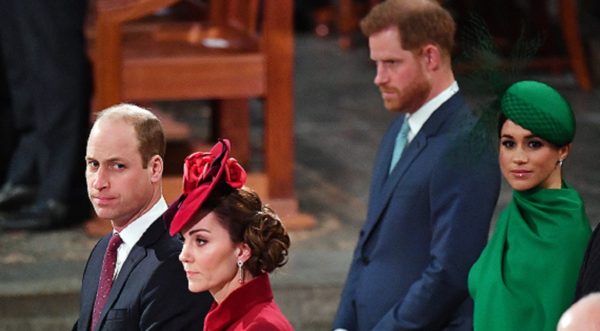 It has been a quieter week for the British royal family but that doesn’t mean they didn’t make headlines. Here’s the latest royal news update.

Just weeks after laying her husband of 73 years, Duke of Edinburg Prince Philip, the queen has had to say goodbye to another loved one. Her pooch, Dorgi, was gifted to her by son Prince Andrew a few months ago whilst Prince Philip was hospitalised. The monarch is said to be devasted, watch the video below to find out more.

Criticism of the former Duchess and Duke of Sussex is nothing new and their business dealings are getting extra scrutiny. Since their unceremonious departure from the royal family, Prince Harry and Meghan Markle are trying innovative ways to earn money. From deals with Netflix, Oprah Winfrey partnerships and tech companies, the couple are cashing in.

Their latest business venture is with Procter & Gamble which also sells skin whitening creams through beauty giant Olay. Their business partnership has raised eyebrows and some people see relations with the company in conflict with their anti-racism advocacy. The partnership is through their Archewell Foundation to “build more compassionate communities”, Daily Mail reported.

The creams are sold in parts of Asia. Watch the video below to find out more.

On Monday Prince Charles urged the public to mark his mother’s 70th year as queen by planting trees around Britain as the government unveiled plans to boost woodland habitats to combat climate change, AFP reported.

The prince said he was “delighted to announce this unique tree planting initiative created to mark Her Majesty’s platinum jubilee in 2022”.

The 72-year-old heir to the throne urged everyone in the country to join him and “plant a tree for the jubilee – in other words a tree-bilee” from October when planting begins.

The plan comes as the government, which has set a target to reach net-zero carbon emissions by 2050, plans to treble tree planting by the end of the current parliament in May 2024.

A series of telephone calls by the Duchess of Cambridge to participants in her Hold Still photography project have been released on her YouTube channel.

Middleton will speak to a number of the 100 finalists who shared their experiences of life during the Covid-19 lockdown in Britain by submitting an image to the Hold Still exhibition and book.